Researchers from Rice University have developed a new water-splitting system that is intended to produce hydrogen through the use of solar energy. The system involves the channeling of “hot” electrons so that they can be used for a specific purpose before they have a chance to “cool.” The process would unlock a renewable way to produce hydrogen fuel, which may be good news for the fuel cell industry, especially when it comes to clean transportation.

Water-splitter is made up of inexpensive materials

Water-splitters are designed to break water down into its component parts. These systems are often used in hydrogen production and similar purposes. Researchers from Rice University have developed a three-layer material for their new water-splitter, which is comprised of aluminum that is coated in layer of nickel oxide. The top layer of material is sporadically covered in golden disks, with the largest of these disks measuring 30 nanometers in diameter. The material is designed to collect solar energy and use this energy to power the water-splitter.

Researchers believe that their system can compete with others 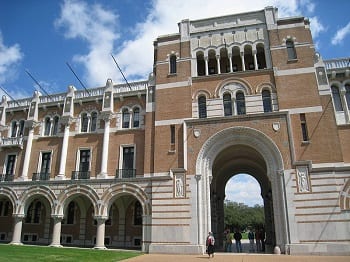 The research team has found that their material is quite sufficient in accomplishing its purpose. The team believes that the water-splitting system they have developed can compete with more complex and expensive systems that accomplish the same purpose. Because the system is somewhat less expensive to produce and operate, it may become an attractive option for organizations interested in producing hydrogen fuel.

Finding ways to produce hydrogen through the use of renewable energy. Typically, hydrogen fuel is produced through the use of fossil-fuels and energy derived from fossil-fuels. While hydrogen does not produce any harmful emissions when used to generate energy, its tie to fossil-fuels makes it somewhat unfriendly to the environment when compared to other forms of renewable energy. Solar energy has become a popular companion of hydrogen in recent years, with researchers throughout the world looking into ways to use sunlight to produce hydrogen fuel.