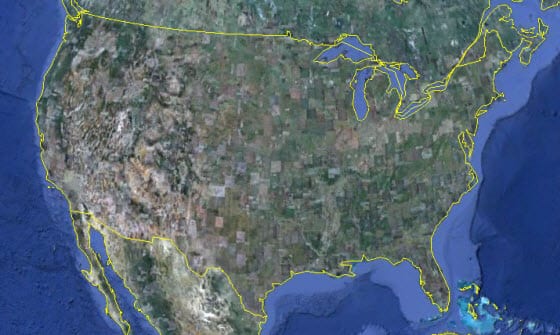 The U.S. is home to one of the richest sources of geothermal energy in the world, according to new research from The Southern Methodist University’s Geothermal Laboratory.

The research was funded by Google, a company that has begun investing heavily into alternative energy. Researchers made use of Google’s high-tech mapping software, which allowed them to find abundant deposits of geothermal gas throughout the nation. In fact, the U.S. has so much geothermal potential, that it may no longer need coal or nuclear power plants.

According to researchers, U.S. is able to generate more than 3 million megawatts of electricity each year using these newly discovered geothermal sources. That is 10 times more energy output than the nation’s myriad coal power plants.

The West Coast is home to the most expansive source of geothermal energy, but researchers say that it is abundant throughout the country.

Most efforts concerning geothermal energy have traditionally been confined to the West due to the region’s proximity to the infamous Ring of Fire. Researchers note, however, that focusing the nation’s entire efforts on a relatively small area has stunted the adoption of geothermal energy. Armed with the discovery of these new sources of energy, researchers hope that geothermal in other areas of the U.S. will begin to see attention. The findings may be well received amongst lawmakers that are looking to adopt clean energy.