Researchers from Australia’s Monash University have found a way to make artificial photosynthesis practical. The research team claims to have developed a device that can use sunlight to produce hydrogen fuel with unprecedented efficiency. The device could unlock a more promising future for fuel cell vehicles, which are becoming more popular among consumers, but have yet see a widespread commercial release. Using sunlight to produce hydrogen is typically considered one of the most environmentally friendly ways to produce the fuel.

The research team believes that hydrogen is one of the most sustainable fuels in the world. Lead researcher Leone Spiccia claims that the new device brings the world one step closer to achieving the goal of producing hydrogen in a sustainable and environmentally friendly manner. Current methods of producing hydrogen are heavily reliant on fossil-fuels and the process itself generates emissions that can be harmful to the environment. 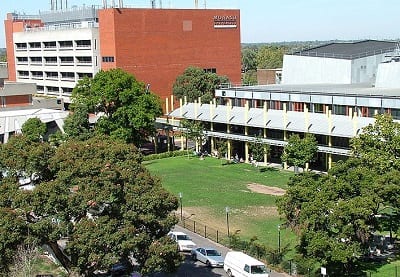 According to the research team, the device is capable of storing 22.4% of the solar energy it collects in the form of hydrogen fuel. This represents a new record in terms of efficiency, with the previous record being 18%. This is also significantly above the 10% standard required for the device to be considered practical. The device does not use rare materials, which makes it more cost effective than other hydrogen production solutions.

Demand for hydrogen fuel is on the rise, increasing the need for efficient production solutions

Using solar energy to produce hydrogen is becoming more popular, especially as the demand for hydrogen begins to grow throughout the world. Finding efficient and inexpensive methods to produce hydrogen fuel could make fuel cells more attractive to those interested in renewable energy. Typically, these energy systems are used for industrial purposes, but they are beginning to see use in the auto industry, where they are powering clean vehicles that run on electricity. Fuel cells are also gaining some attention as primary energy systems for homes and businesses.