Japan is moving closer to becoming a hydrogen society. This means that the country is planning to rely more on hydrogen as a primary energy source as it continues to distance itself from fossil-fuels. The Japanese government has already begun heavily supporting fuel cell vehicles, and clean transportation in general, by building a hydrogen fuel infrastructure and offering consumers tax credit for purchasing clean vehicles. Now, the government wants to see fuel cells be used for residential energy.

5.3 million homes may have their own fuel cell system by 2030

Fuel cells may be a useful energy efficiency solution 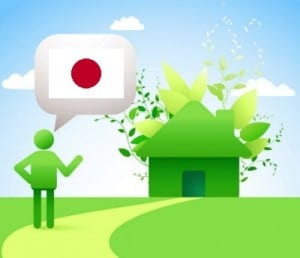 More than 100,000 residential fuel cells have already be installed in Japan. The Ministry of Economy, Trade, and Industry believes that fuel cells are a powerful energy efficiency tool and these energy systems give homeowners a way to save money on their electricity bills and become more environmentally friendly. Fuel cells can reduce strain on the national energy grid as well, allowing Japan to move away from fossil-fuels and nuclear energy more quickly.

Hydrogen fuel is not the only form of renewable energy that Japan has shown strong interest in. The country is quickly becoming a leading solar energy market. The Japanese government has launched numerous incentives to help promote the adoption of solar power, especially among homeowners. In the coming years, Japan’s solar capacity may grow beyond that seen in China, which has been the leading solar market for several years now.