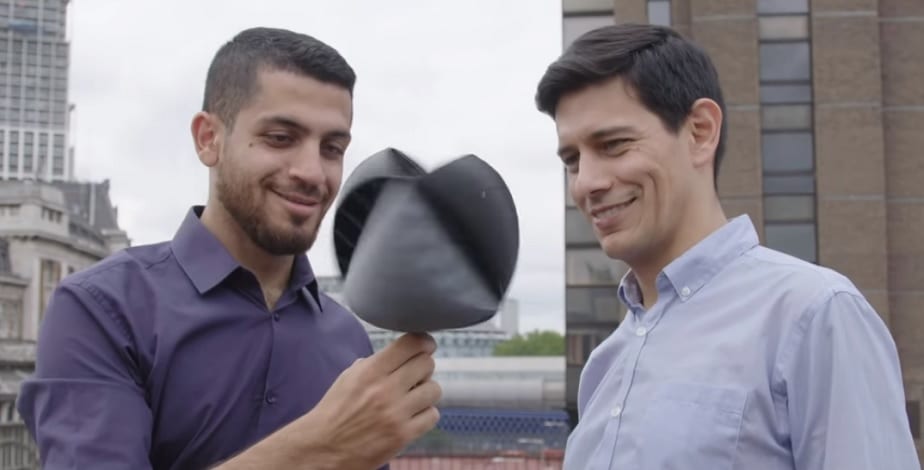 The uniquely designed turbine is the winner of the UK Dyson award.

The O-Wind Turbine has won its two student designers from Lancaster University the prestigious James Dyson award. The innovative “spinning” turbine is capable of capturing wind from any direction, and could transform how consumers generate electricity.

The turbine could be especially effective in cities.

Traditional turbines require a significant amount of space to operate, typically not making them practical for most densely populated urban areas. The primary reason is that conventional wind turbines, capture wind travelling in only one direction. This makes them inefficient in cities where wind is often trapped between buildings, which can make these turbines unusable.

However, the O-Wind Turbine, created by Nicolas Orellana and Yaseen Noorani, both MSc students at Lancaster University, is a technological first. Their turbine is able to take advantage of both vertical and horizontal winds with no steering needed.

The O-Wind Turbine can be used as a direct source of power.

Furthermore, beyond functioning as a direct power source, the energy the turbine generates from wind can also be fed into the electricity grid.

The O-Wind Turbine has been designed as a simple geometric shape. More specifically, it is a 25cm sphere with geometric vents and sits on a fixed axis. The way it is shaped allows it to make the most of multi-directional wind, enabling it to generate power even on the windiest days.

The small turbine spins when it is hit by wind from any direction. As wind energy turns the device, gears drive a generator, converting the power from the wind into electricity that can be fed into the grid or used as a direct source of power.

“We hope that O-Wind Turbine will improve the usability and affordability of turbines for people across the world” said Orellana, reported The Guardian.

“Cities are windy places but we are currently not harnessing this resource. Our belief is that by making it easier to generate green energy, people will be encouraged to play a bigger own role in conserving our planet.”

It is the hope of the students that their O-Wind Turbine will eventually be installed on large structures, such as a balcony or the side of a building, to capture the highest wind speeds. That being said, it could take a minimum of five years for their turbine to be put into commercial production.