Riversimple, an automaker based in the United Kingdom, has unveiled two new models for its upcoming Rasa vehicle, which is equipped with a hydrogen fuel cell. The company unveiled these models during the London Motor Show. One of the models will be a four-seat version of the Rasa, while the other will be a van, Both will tap into the power of fuel cell technology, which will make them environmentally friendly and highly efficient.

The Rasa promises to offer drivers the ability to travel some 300 miles on a single tank of fuel. The other models are expected to offer lower mileage, however, due to the fact that they will be larger and will require more fuel to travel. Both of the new models have been designed by Chris Reitz, known for his praised design of the Fiat 500. Exactly when the vehicles will be commercially released is not yet known, but Riversimple aims to begin trialing 20 pre-production units of the Rasa later this year, aiming for a potential release at some point in 2018. 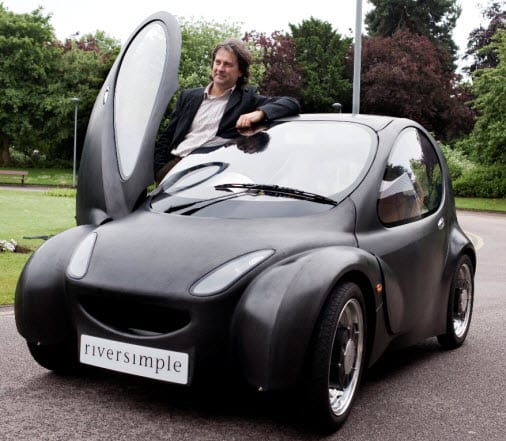 Riversimple had initially been funded by the Welsh government. The automaker has also received financial support from the European Union, which has begun promoting clean transportation somewhat aggressively. Now, the company is seeking more funding through crowdfunding, which will help it bring its new models to the market. The automaker believes that its efforts to produce fuel cell vehicles will have a positive effect on the economy, creating new jobs and opening up new revenue streams.

While Riversimple has ambitious plans concerning fuel cell vehicles, the success of these plans may hinge on the availability of a hydrogen fuel infrastructure. Currently, the United Kingdom lacks a comprehensive hydrogen fuel infrastructure, which has limited the interest that consumers have in fuel cell vehicles. This may change in the coming years, however, as more companies and the government are beginning to invest in the development of hydrogen stations throughout the country.