European scientists have developed a way to estimate temperature of hidden groundwater under urban centers.

A study, recently published in the journal “Environmental Science & Technology,” revealed that scientists in Germany and Switzerland have created a way to estimate groundwater temperature below the surface of cities by basing their calculations on satellite measurements of surface temperatures and the density of buildings. This method, which allows the scientists to estimate groundwater temperature beneath cities, could help them discover untapped sources of geothermal energy, which could be harnessed as renewable power.

Urban environments are typically hotter than rural regions. This is because city structures and human activity trap and produce excess heat, a phenomenon known as urban heat island (UHI). More specifically, a range of factors, such as industrial structures, population density, surface sealing, transportation and vegetation levels all contribute to the surplus of heat that cities generate compared to the country, reported Science Alert.

The researchers found that higher groundwater temperature in cities could be used as a source of geothermal energy. 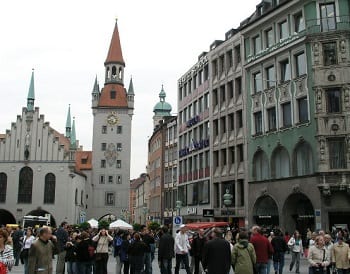 To improve their understanding of how thermal conduction operates between above-ground and underground heat in urban areas, the scientists compared the surface and underground temperatures in Berlin, Cologne, Munich and Karlsruhe.

What the researchers discovered in their analysis of these four German cities, was that the older the city, the more distinct they city’s underground heat. For instance, Cologne, which is a much older city than Karlsruhe, had a stronger correlation between its above-ground and underground heat islands compared to the younger city.

That being said, it was discovered that an estimated 95% of the regions that were studied, had a higher groundwater temperature than they did surface temperature, which the scientists attribute to the fact that cities having far more underground anthropogenic health sources, such as sewers, cellars and buildings. It is this higher groundwater temperature that has the potential to be utilized as a source of renewable energy, such as proving heating and cooling with the aid of groundwater or geothermal heat pumps.

Although the scientists do say that further research needs to be conducted to further evaluate and perfect the system, the findings in their study could help to improve the establishment of cost-effect and time-saving ways to remotely measure the heat trapped beneath cities to gauge their geothermal energy potential.