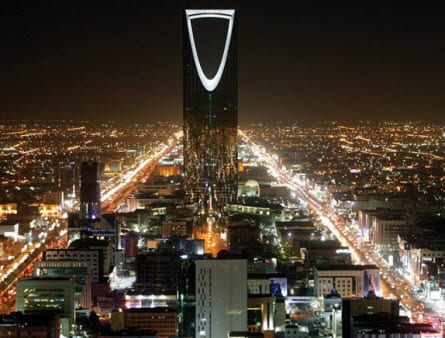 Saudi Arabia is well known as one of the world’s leading producers of oil. The country plays a dominant role in the fossil-fuel market, second only to Russia according to the latest market report from the International Energy Agency. Like other Middle Eastern countries with strong ties to oil production, Saudi Arabia is beginning to feel the economic and political pressures of producing and exporting the fuel. Oil is becoming less popular around the world as nations begin adopting cleaner forms of energy. In an attempt to secure its financial stability, Saudi Arabia has begun investing aggressively into alternative energy, with a keen interest in solar power.

The country is often considered an ideal location for solar energy projects due to its arid landscape and numerous, sun-baked deserts. The Saudi Arabian government has begun showing a great deal of support for solar energy because of its economic implications. The latest manifestation of this interest comes in the form of a $100 billion investment in the solar energy industry. This massive investment will power the development of 41 gigawatts worth of solar energy in the country by 2032. The ambitious plan could make the country the leading power in solar energy and its associated technologies.

According to the country’s energy plan, the majority of its solar energy is to come from solar thermal power systems. These energy systems have become widely popular in the solar energy industry because of their ability to produce large quantities of electricity. The remainder of the country’s solar capacity will come in the form of massive photovoltaic solar farms, which will be located in the country’s deserts.

The government is currently accepting bids from solar energy companies looking to take part in the plan. Companies will be chosen on the viability and energy potential of their projects, with initial favor being shown to those that specialize in solar thermal energy production.