Harmful algal blooms can be used as high-performance and low-cost electrodes for Na-ion batteries.

A team of researchers, led by environmental engineer Dr. Da Deng at Wayne State University in Detroit, have discovered that harmful algal blooms (HABs) can be converted into high-performance electrodes for sodium-ion (Na-ion) batteries. This green technology discovery is good news because, according to Deng, electrodes for Na-ion batteries have the potential to replace lithium-ion (Li-ion) batteries.

The researchers have found a good use for an otherwise highly harmful substance.

The researchers published a paper regarding their use of HABs for electrochemical energy storage in a recent issue of Environmental Science & Technology. According to Tech Xplore, Deng told Phys.org that HABs caused by “cyanobacteria (or so called ‘blue-green algae’), severely threaten humans, livestock, and wildlife, leading to illness and sometimes even death.”

Back in August 2014, the seasonal HABs in Lake Erie grew so severe that the water system in Toledo was poisoned by them, which left nearly half a million Ohio residents without safe drinking water. While the Toledo water crisis did show exactly how powerful and destructive an impact these HABs can have, it also enabled the scientists to demonstrate how the HABs that they collected from Lake Erie near Toledo during this time, could be converted into functional products of high value. 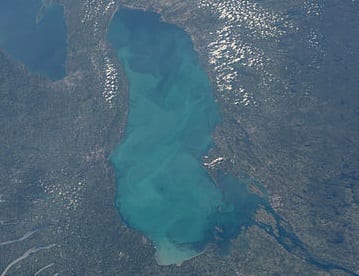 This green technology could mean cheaper batteries in the future.

What the researchers found at the time that they collected the toxic HABs from the lake was that when they heated them to temperatures of 700 – 1,000 degrees Celsius in argon gas, the HABs could be transformed into “hard carbon” a material that can be utilized as high-performance Na-ion batteries.

The study conducted by the researchers was the first time HABs (blue-green algae specifically) was directly converted into carbon for these batteries. The advantage of harmful algal blooms is that they grow fast and they do not need land or soil. Furthermore, the researchers showed that HABs can be converted easily into hard carbon with a simple heat treatment, without requiring purification or extra processes.

Deng said that “We call it a ‘trash-to-treasure’ approach. This technology could be promising for mitigating HABs to overcome their environmental threats and providing ‘green’ electrodes for reversible sodium storage in Na-ion batteries.”

Although plenty of research still needs to be conducted on this green technology to determine how viable it is, if it turns out to be as promising as researchers hope it would address two problems at once. It would help deal with the HAB problem in fresh lakes and also provide useful electrode material for Na-ion batteries, which are far cheaper than Li-ion batteries.