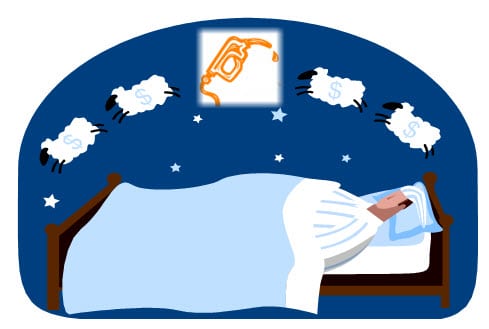 Print may not be dead, but it could certainly be used to make fuel. Scientists from the Tulane University in New Orleans, Louisiana, have discovered a strain of bacteria, which they named TU-103, that consumes paper and produces butanol. Butanol is a biofuel that can be used in place of gasoline. Whether the bacteria can produce enough butanol to, say, run a car, is still a question that has yet to be answered. Yet, scientists are sure that the bacteria can be used in fuel cells to power chemical conversions.

To date, TU-103 is the only bacteria that can produce butanol from consuming cellulose, an organic compound found in most paper. Butonal is one of the so called “dream fuels” for advocates of alternative energy. Cellulous is one of the most abundant organic materials on the planet and it is constantly being made inside living plant life. With a nearly endless supply of cellulose, scientists could generate enough butanol to meet humanity’s ravenous demands for electricity.

When paired with hydrogen fuel cells, butanol becomes a component of a powerful energy system. Fuel cells require a steady supply of electricity to operate. This electricity can come from any source but renewable methods are considered best. If butanol can be used with a fuel cell, it would make the system entirely self-sustaining, meaning that it would be the most environmentally technologies in the world.