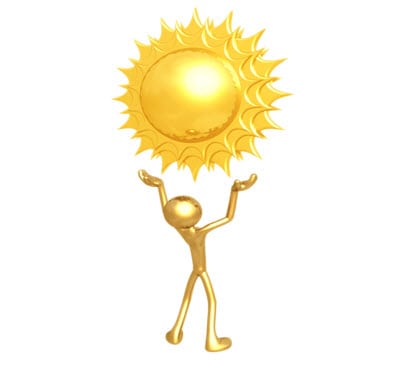 The discovery of the material comes from research funded by the U.S. Department of Energy. The research was led by Professor Madhu Menon and his colleague R. Michael Sheetz. The discovery of this new alloy could have profound implications to the world of hydrogen fuel, and may lead to a quicker transition away from oil.

Researchers found that an alloy composed on antimony and gallium nitride can produce hydrogen gas when submerged in water and bathed in sunlight. When the metal is bombarded by the sun’s energy, it generates a mild electrical charge, which is more than enough to split hydrogen molecules from water.

The hydrogen can then be collected and funneled into a fuel cell or a storage tank where it can be used to generate electricity.

The alloy can be used to fashion a new catalyst for fuel cells, replacing the conventional platinum catalysts and reducing the overall price of fuel cells significantly. Researchers are currently testing the viability of such a catalyst in small scale experiments, but initial results have shown promise.

The entirety of the research was funded by the Department of Energy, showing that the government’s favor for hydrogen energy is growing at a steady pace. Paired with the other development projects funded by the DOE, hydrogen is on track to becoming one of the first federally supported alternative fuels.