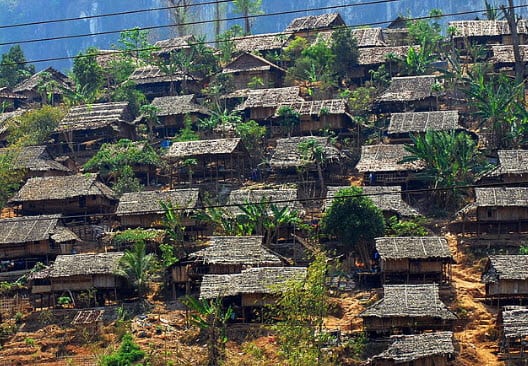 Solar energy in refugee camps and villages may be in danger

Solar energy is having a positive impact in the Thailand-Burma border. Refugees of the Burmese civil war have flocked to the region in the hopes of finding security. Refugees have been granted asylum along the border for the past several years, but living conditions have been less-than satisfactory in this time. In an attempt to solve the complications that exist in the region, the Thai government invested $250 million in solar energy technology in 2004. These investments have lead to the installation of many solar energy systems, but those systems may not be in danger of obsolescence.

Refugees have established a series of ramshackle towns in the borderlands. These villages have served as home to those fleeing the Burmese civil war, but many of the villages have limited to no access to electricity. The Thai government’s investments in solar energy have remedied this problem to an extent, but the government’s plan may not be entirely sustainable. Lack of community engagement and training has led to the solar energy systems installed in the region to fall into disrepair. Now, The United Nations Development Program estimates that approximately 80% of these systems are obsolete.

If the community can maintain the solar energy systems that it uses, they will no longer have to rely on the Thai government to make improvements to these systems. These energy systems will also be safe from becoming obsolete for a time. While improved solar energy systems are not likely to mitigate the stress and turbulence caused by the Burmese civil war, they may help improve the quality of life in refugee camps and villages.