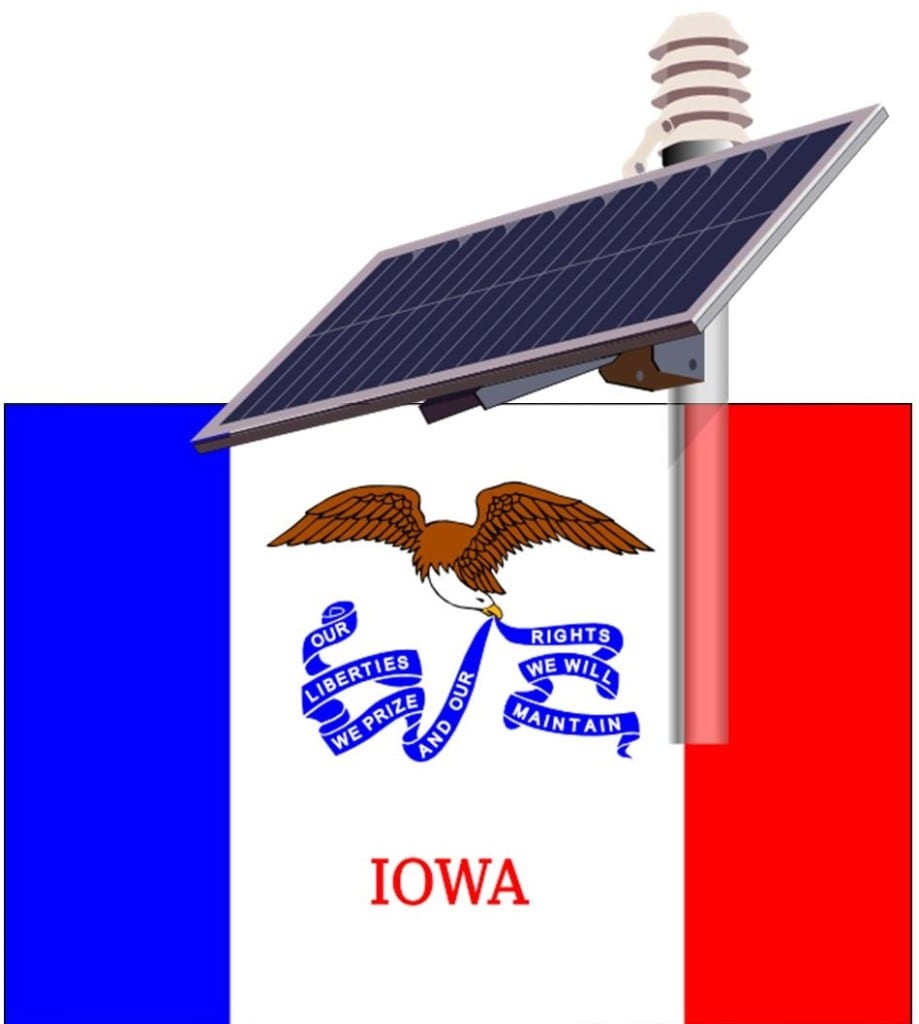 In the U.S., Iowa is one of the states where wind energy is growing at a rapid pace. The state is home to one of the strongest wind sectors in the country and its focus on wind power has brought about many economic benefits. While wind has made a great deal of progress in Iowa, the state is beginning to see a boom when it comes to solar energy. Iowa is quickly positioning itself to be a leader in the solar field as it begins to take advantage of the abundant sunlight it receives.

Solar is growing in a similar fashion to wind energy

Homeowners and businesses throughout the state have begun to adopt solar power. Installations of photovoltaic systems have been increasing at a rapid pace. According to the Iowa Energy Center, solar is currently experiencing a similar level of growth that wind energy had seen in 2008, when Iowa first began establishing itself as a wind energy leader. This growth is largely due to the incentives that the state is offering solar developers.

Iowa’s solar energy capacity is quite low currently, but new projects are taking root in the state that promise to increase that capacity in the near future. Incentives being offered by the state government have made it easier for projects to take form, but they have also helped reduce the cost of solar power from $10 per watt to just $3 per watt. As solar power becomes more affordable, it is becoming a more viable option for those looking to embrace clean energy.

Iowa is quickly establishing itself as a clean energy leader

Solar energy is growing rapidly throughout the U.S. Currently, California and New York are considered national leaders when it comes to solar power, but states like Iowa are beginning to catch up. Iowa is home to large areas of open land that are ideal for both wind and solar power and this land has become very valuable for solar developers that are looking to establish a strong presence in the competitive energy market.