Solar power becoming incumbent as country moves away from coal 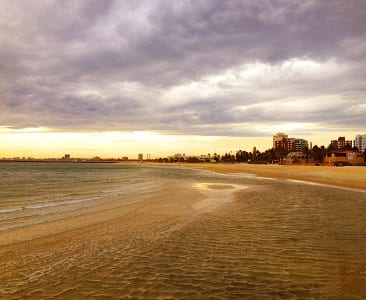 Solar energy is on its way to becoming incumbent rather than disruptive in Australia. Photovoltaic technology has been considered somewhat problematic for the country because of its high costs, but these costs are beginning to fall dramatically. High costs had made it difficult for Australia to show a great deal of support for solar power without causing major disruptions in the country’s energy portfolio. Now that photovoltaic products are becoming more affordable, the country’s transition away from coal and other fossil-fuels is becoming feasible.

According to the Clean Energy Council, the value of coal as a source of energy is beginning to diminish as Australia continues to look for alternatives to this fossil-fuel. The organization suggests that energy generation is moving away from supply and moving toward source. This means that solar panels installed at homes and businesses are becoming ideal energy production systems. The Clean Energy Council predicts that this will turn the national energy grid into a sort of backup energy provider in the future, while solar power systems will become the primary energy providers.

As solar power continues to make progress in Australia, the country’s energy grid is beginning to evolve with the continued advancement of battery technology. The battery market has been seeing strong growth as the need to modernize energy grids becomes more apparent. Currently, most energy infrastructures are not equipped to handle the electrical power that is produced by clean technology. This means that some of the energy produced by solar panels and other such technologies is often lost as it is fed into the grid. Advanced battery technology allows energy to be fed into and stored in the grid more efficiently.

Fossil-fuels likely to remain a part of Australia’s future

Australia is considered one of the world’s premier solar markets. The country has been showing strong support for solar power by introducing initiatives that incentivize its adoption. Australia is likely to remain focused on the use of fossil-fuels for the foreseeable future, however, as solar technologies have not yet reached a point where they can be considered universally appealing to consumers and businesses alike.