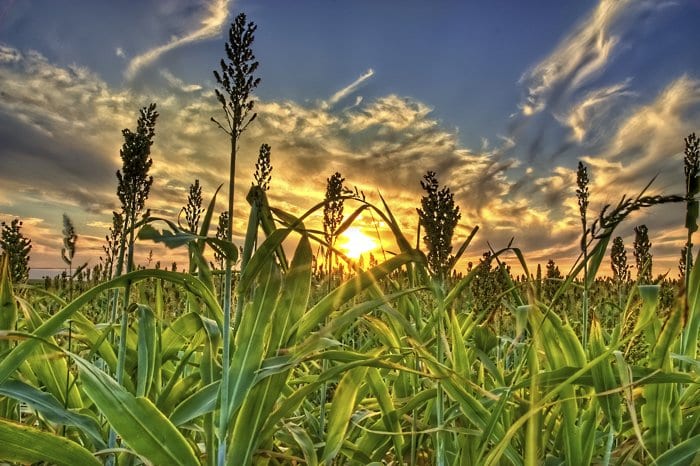 Sorghum may be capable of improving the stance of biofuels

Researchers identify sorghum as a promising source of energy

Sorghum, a plant whose various species are used for food around the world, may be the key to the future of biofuels. Researchers at Purdue University have been experimenting with the plant recently, hoping to find a new way to create environmentally friendly fuels. Along with scientists from Cornell University and the University of Illinois, the Purdue team have found that sorghum may be a source of sustainable biofuel without the need of a new infrastructure to support it.

Biofuels have been growing in popularity in the alternative energy community. This increased attention is partly due to concerns regarding the rising price of oil, energy security and a number of other factors. The most common use of biofuels is in the realm of transportation, where biodiesel and ethanol are used to power vehicles. These fuels have recently come under fire due to the fact they require large expanses of land to produce a viable amount of energy and the inefficient methods that produce biofuels.

Scientists from Purdue University have found that sorghum could be an effective source of fuel due to the fact that the genus does not require monumental changes to the existing agriculture infrastructure. The plant responds well to existing methods of cultivation as well as fuel production. The same production equipment and methods used to produce ethanol from corn could be used to produce fuel from sorghum.

Sorghum is not the final answer to the problems of biofuels

Purdue researchers note that sorghum is not the ultimate answer to the problems facing the world of biofuels. Rather, it may be a stepping stone to a more efficient form of energy. Sorghum may be a viable candidate for a leading position in biofuels due to its resiliency to drought and climatic changes as well as its lower requirement for nutrients.

Invisible solar cells may be moving closer to mass production