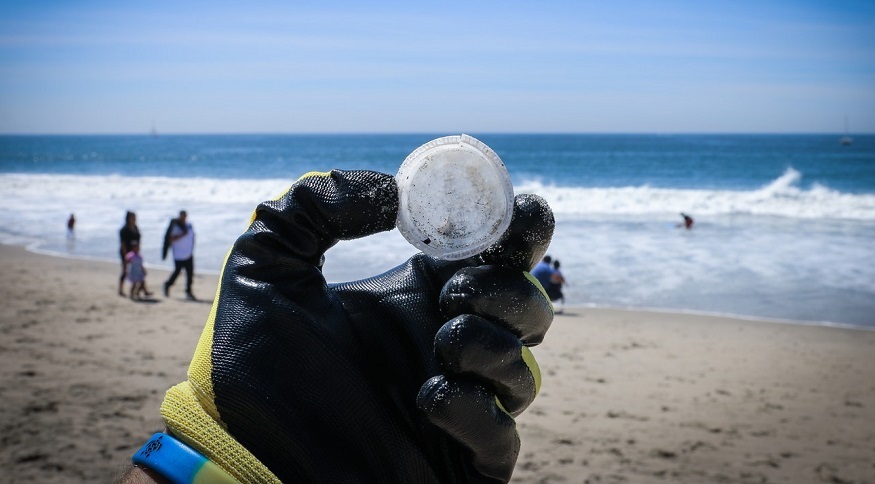 You could be eating a credit card-sized amount of microplastics a week.

Plastic pollution is a serious problem worldwide and we’re affected by it more than we might realize. A new study commissioned by the World Wild Fund for Nature (WWF) and conducted by the microplastics research team at Australia’s University of Newcastle, has found that the global average of microplastic ingestion could be as much as five grams a week per person. This is about equal to eating a teaspoon of plastic or a credit card, each week.

People consume about 2,000 tiny pieces of plastic every week.

The researchers collected and combined the findings of 50 international research papers in their efforts to provide an accurate calculation of plastic pollution ingestion rates.

What they learned is that based on “conservative assumptions,” people are consuming approximately 2,000 miniscule pieces of plastic weekly. The most commonly ingested of these plastic contaminants are less than 1 millimeter in size. It wasthese microplastics on which the researchers’ focused their study.

Water is the main source of the plastic pollution ingested.

Water is reportedly the largest single source of plastic that is ingested most frequently by people. This includes both bottled and tap water.

“It’s released with other gases and chemicals and this can then ultimately sink into the freshwater bodies and that gets into the drinking water.”

That being said, while water may be the biggest single source of the plastic the average person ingests, the study found that the consumable products with the highest recorded plastic levels are beer, salt and shellfish.

A similar plastics study was recently carried out by the University of Victoria in Canada and was published in the Journal of Environmental Science and Technology. In the study, the researchers analyzed 26 research paper and discovered that people are ingesting a minimum of 50,000 pieces of microplastic a year.

The next phase of the WWF plastic pollution study, according to Dr. Palanisami, is to find out what impact ingesting plastics is having on human health.