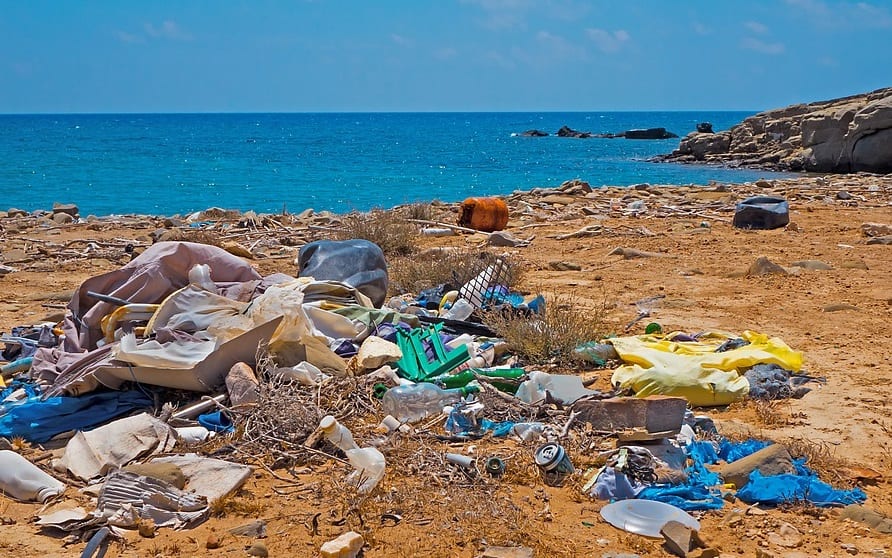 Due to common plastics degrading in the environment emitting greenhouse gases (GHG), plastic waste is now an even bigger environmental problem. This discovery was recently made by researchers from the University of Hawaii at Manoa School of Ocean and Earth Science and Technology (SOEST).

The study, which was published in the journal PLOS ONE, reports that the most common plastics degrading in landfills and oceans emit the greenhouse gases methane and ethylene when they are exposed to sunlight.

This means that the ultraviolet light from the sun does more than just breakdown the plastic. It also releases these two GHG emissions, which are considered to be among the worst of the bunch.

Plastic bags were found to be the biggest emitter of both greenhouse gases.

Polyethlene, specifically, is a plastic material commonly used to make shopping bags. This is by far the most produced and discarded synthetic polymer worldwide. It was found to be the prime emitter of both gases.

The team of scientist also learned that once low-density polyethylene was exposed to solar radiation and GHG emissions were initiated, the emission of these gasses continued even after it became dark. Furthermore, they discovered that the emission rate of the gases from low-density polyethylene virgin pellets increased during a 212-day experiment.

“We attribute the increased emission of greenhouse gases with time from the virgin pellets to photo-degradation of the plastic, as well as the formation of a surface layer marked with fractures, micro-cracks and pits. With time, these defects increase the surface area available for further photo-chemical degradation and therefore contribute to an acceleration of the rate of gas production,” said Sarah-Jeanne Royer, a post-doctoral scholar in the Center for Microbial Oceanography: Research and Education (C-MORE) and lead author of the study, as quoted by Science Daily.

Since making this discovery, Royer says the next step is to learn how much of the world’s greenhouse gases come from plastic and which plastics are the biggest contributors.