Tesla Motors has made an offer on SolarCity

SolarCity could give electric vehicle owners access to sustainable energy

According to Tesla, the move to wholly acquire SolarCity will allow those that own Tesla vehicles to move closer to energy independence. The acquisition would give these drivers access to SolarCity’s innovative technologies. These energy solutions can be used to charge Tesla’s forthcoming Powerwall battery system. The Powerwall is meant to serve as a comprehensive energy storage systems, allowing homeowners and other consumers to make more efficient use of renewable energy. Tesla also believes that the acquisition will accelerate the adoption of solar energy systems among consumers. 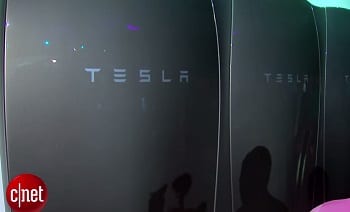 SolarCity has recently encountered some turmoil in the solar power market in the U.S. Nevada passed new measures earlier this year that crippled the states solar market. This lead SolarCity, along with many other solar developers, to abandon the state, a move that came with its own financial challenges. Despite these challenges, however, SolarCity has managed to establish a strong foothold in many states. This is partly due to the company’s leasing program, which has allowed homeowners to embrace solar energy systems without having to face massive upfront costs.

Details concerning the acquisition still need to be worked out. One of the issues facing the acquisition is that SolarCity already works with many utility companies, which could affect its work with Tesla’s Powerwall system. According to Elon Musk, the deal between SolarCity and Tesla Motors is of vital importance. Musk notes that the world is in dire need of renewable energy companies that can offer the services and technologies that SolarCity can.