Tesla’s Gigafactory will be powered by renewable energy

Gigafactory will be an off-grid facility

Tesla Motors, one of the leading producers of innovative electric vehicles, is making progress in building its new Gigafactory. The factory is meant to manufacture the lithium-ion batteries that will be used in Tesla’s vehicles. Tesla expects that the facility will be able to manufacture the equivalent of 35 gigawatt-hours of lithium-ion batteries, which is more than what had been produced throughout the world in 2013.The factory is currently being built in Nevada after the state won Tesla’s favor as being host for the facility.

Tesla wants to accelerate the adoption of clean transportation

As a producer of clean vehicles, Tesla has a strong interest in protecting the environment. As such, the company’s Gigafactory will be completely powered by renewable energy. Tesla intends to accelerate the world’s transition to clean transportation. To accomplish this, the automaker will be producing 500,000 electric vehicles per year by the end of this decade. The Gigafactory is meant to ensure that this production goal is met.

Gigafactory will make use of both solar and wind power 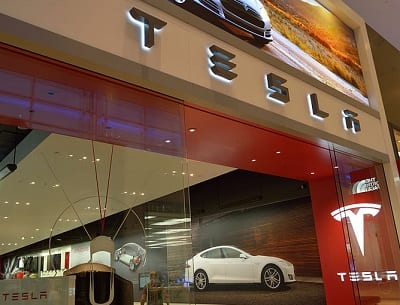 The Gigafactory is to be equipped with an array of solar panels that will cover its entire rooftop. Wind turbines will also be erected on a slope nearby, which will also provide the facility with renewable energy. The factory will, essentially, run entirely on clean energy, making it environmentally friendly. Tesla intended for the factory to produce no emissions and had initially planned on using only solar energy to power the facility, but opted to use other forms of clean power as well.

Tesla has come a long way in promoting clean transportation. Like other automakers, Tesla is producing more than just clean vehicles. The company has developed a new battery system called the Powerwall. The system is meant to provide energy to homes, storing electrical power generated by solar energy systems. The Powerwall serves as a backup energy system, protecting homeowners from power outages and allowing them to be more environmentally friendly.