Tesla believes that stricter emissions regulations will be a benefit

Fuel economy targets in the United States could become a major benefit for Tesla Motors. As the U.S. begins to consider relaxing regulations concerning fuel economy, several automakers are breathing a sigh of relief, but Tesla is pushing for stricter regulations on the auto industry. Currently, the country’s fuel economy targets aim to have automakers produce vehicles that average 54.5 miles per gallon by 2025. Stricter requirements could place Tesla’s rivals under greater pressure, while Tesla would thrive because of its efficient vehicles.

Tesla intends to present an argument for stricter regulations at an upcoming conference in Michigan. While the company believes that stricter regulations could benefit the auto industry as a whole, Tesla also suggests that automakers have the ability to meet current regulations with little difficulty. One of the problems, however, is that many automakers are not convinced that electric vehicles can find commercial success. Some companies argue that consumers are simply not interested in electric vehicles, either due to their limited operational range or because of their cost. 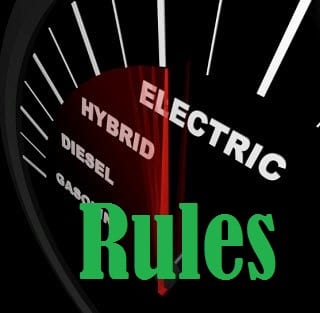 There are currently 15 different types of electric vehicles available for sale in the United States. Last year, these vehicles represented approximately 0.4% of overall vehicle sales. Altogether, the wide variety of clean vehicles in the United States represented 5.6% of all vehicle sales. Many automakers have little faith in battery electrics, but they have begun showing strong support for clean transportation in general. Some have even begun supporting fuel cell vehicles, which use hydrogen instead of conventional fuels.

Credits are a valuable resource for Tesla

Emissions standards are expected to be a major benefit for Tesla, especially in California, where regulatory credits are offered to those that sell clean vehicles. Last year, Tesla brought in some $216.3 million by selling its regulatory credits to other companies. Continuing to do so will provide Tesla with a promising revenue stream that may increase if emissions regulations are tightened.