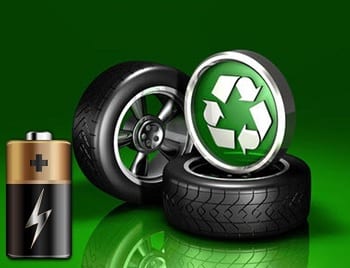 Tesla will be investing in what is being called a “gigafactory.” The factory would be responsible for producing new lithium-ion battery packs. Once it is operational, beginning in 2020, the factory is estimated to be able to produce more than 500,000 battery packs, more than the current lithium-ion battery capacity of the world currently. This level of production outpaces the manufacture of Tesla’s own vehicles, making it likely that these batteries would be supplied to other automakers in the future.

Tesla’s new factory is meant to overcome the challenges that face modern battery technology. These challenges are primarily exemplified in cost and efficiency. A typical lithium-ion battery for one of Tesla’s vehicles costs the automaker approximately $50,000. The costs of battery technology often trickle down to the consumer, whom must pay more to purchase an electric vehicle. Another challenge facing batteries has to do with how long it takes to charge them. A conventional battery must be charged over the course of several hours, limiting the flexibility of electric vehicles to some degree.

While the factory will aim to make breakthroughs in battery technology, it may be able to significantly lower the cost of batteries by producing a huge supply. An abundance of lithium-ion batteries in the market would likely cause a drop in the price of these energy systems. Moreover, the batteries produced by the factor could also find purpose as energy storage systems for utilities.