Tesla is breaking into the renewable energy storage space

Tesla unveils the Powerwall, a battery system designed with renewable energy in mind

Tesla Motors is no longer only in the transportation business. The company has unveiled what it calls the Powerwall, a battery system designed for homes instead of vehicles. The Tesla Powerwall is designed to store energy that homeowners generate with solar panels on their properties. Tesla is hoping to pave the way to a future of self-powered homes, which have little impact on existing energy grids and require less electrical power than those that receive energy though conventional methods.

Powerwall may be an expensive solution for homeowners

The Powerwall comes in two iterations: One has a power storage capacity of 10 kilowatt hours, with the other having a capacity of 7 kilowatt hours. These battery systems are likely to be quite expensive, unfortunately. The 10kW-h Powerwall system has a cost of $3,500, but this is only for suppliers and this cost does not factor in distribution, installation, and a power inverter that would be need for the electricity stored in the Powerwall system to be used in a home.

Demand for renewable energy is on the rise among homeowners 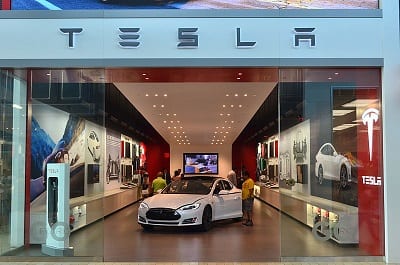 Demand for renewable energy has been growing quickly among homeowners in many parts of the world. Many consumers want to distance themselves from conventional utilities, whom produce electrical power through the consumption of fossil-fuels. These homeowners have few options when it comes to obtaining electrical power, but solar energy systems have been growing in popularity as an alternative. Tesla’s Powerwall is meant to work alongside solar energy systems in order to make renewable energy more accessible to homeowners.

Tesla has reported approximately $800 million worth of orders for its Powerwall in the first week of its launch. The company may soon become a major player in the energy storage space. A recent report from GTM Research predicts that the energy storage market will be worth $1.5 billion by 2019, and this constitutes a great deal of opportunities for companies like Tesla that want to enter into this space with innovative solutions.