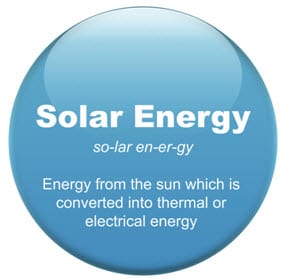 Making photovoltaic modules is more complicated than it sounds

When spending a significant amount of time on a particular subject, it can be easy to feel as though one becomes an expert concerning that subject. This is as true for renewable energy as it is for anything else. Like any other subject, of course, clean power is multi-faceted and not as easily understood as it appears to be on the surface. This is especially true for solar energy. For instance, solar energy very rarely has to do primarily with making photovoltaic modules and attaching them to rooftops. Ensuring that these modules work properly is itself an involved process that contributes to the overall issue of solar energy.

The deceptively simple nature of renewable energy makes it easy to consider oneself an expert on the variety of issues that exist within this space. To become a true expert, however, one must understand what goes into making clean energy systems. This is true for solar energy as it is for any other form of clean power. By understanding what goes into making photovoltaic modules, foundational knowledge is established that may aid in achieving a better understanding of sustainability and clean energy, as well as the issues they face with solar panel usage.

When making photovoltaic modules, developers are not only forced to think about how to make these systems as accommodating as possible to whomever may use them. Developers must also think about issues such as grid parity, which itself is tied to the overall efficiency of photovoltaic modules. Grid parity and efficiency are as much about the cost of these modules as they are to the module’s technical composition. On the surface, it often appears that efficiency is a relatively simple issue when it comes to solar energy. The problem, however, is that making photovoltaic modules efficient is a major undertaking in terms of technology. Developers all over the world have been working to develop highly efficient photovoltaic modules and many of them have failed simply due to a lack of adequate resources. For those that have managed to succeed, efficiency has proven to be a much more complex issue on the technology level than many had though in the past.

It should be no surprise that solar energy systems are put through rigorous testing before they are commercialized. These tests cover many aspects of solar energy and focus heavily on the capabilities of photovoltaic modules and are responsible for demonstrating the effectiveness of these technologies as well as highlighting any flaws that may exist. Passing these tests typically awards solar module certification — evidence that shows a particular solar panel has passed a formidable trial and can be considered reliable.

There are numerous groups that offer solar module certification and these groups often work to appeal to those making photovoltaic modules. Most of these groups are associated with government organizations or industry groups that represent clean technology and renewable energy. Few of these groups adhere to any universal standards, however, which mean that the certifications they offer may not be suitable for some markets. While universal standards do exist, to some degree, the certification process is largely based on the needs of particular countries and the various markets that can be found therein.

To form a better understanding of solar energy, one must dive into the issue. To do so, however, one must begin scratching the surface of a complex issue. By beginning to understand some of the little known aspects of solar energy, a better concept of sustainability and what is needed to attain such a lofty goal may begin to take form.