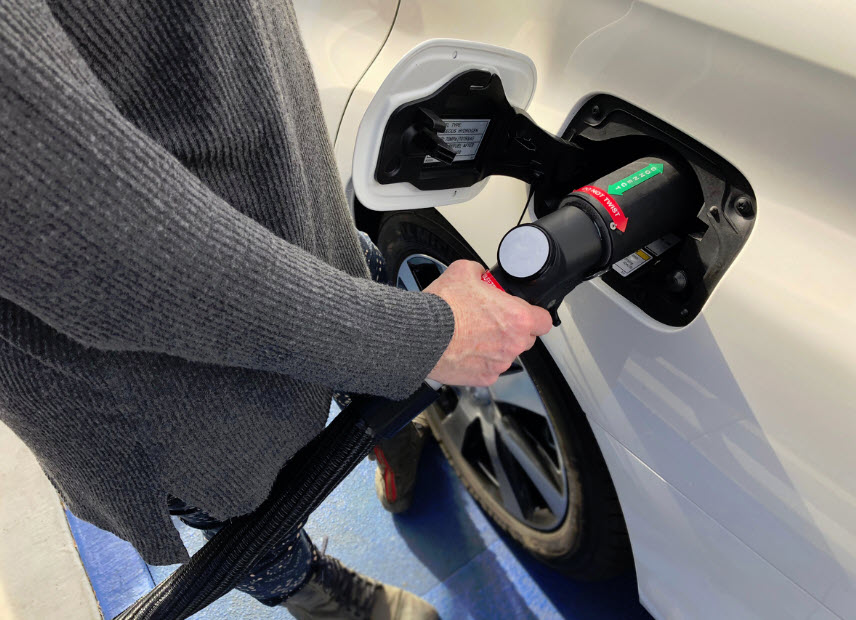 One of the most daunting challenges facing hydrogen fuel cells today is infrastructure.

The lack of abundant filling station around the world severely inhibits the marketability of fuel cell powered vehicles and is preventing them from being used on a massive scale. In an effort to establish an infrastructure and move hydrogen fuel cells into the mainstream, a number of proposals have been made to develop hydrogen highways – a series of filling station along roads that will service hydrogen powered cars.

While hydrogen fuel has long been hailed as a clean and sustainable alternative to fossil-fuels, there is still some skepticism surrounding its viability. Hydrogen burns clean, emitting water and oxygen as exhaust, but production of fuel cells is quite the opposite. Hydrogen fuel cells utilize platinum as a catalyst for energy conversions. Platinum is both expensive and difficult to procure and refine. It is classified as a “rare earth” material and is thusly protected against exhaustive excavation. The refinement process produces waste that can poison water supplies and cause other environmental damage.

Despite the sensitivities in fuel cell production, hydrogen is widely considered to be the key to powering the future. A number of nations have undertaken efforts to establish their  hydrogen highways as the first step in transitioning to hydrogen.

Italy and Spain were among the first to institute their hydrogen highways and have a number of other hydrogen initiatives planned for the future. Norway, Sweden, Denmark, and Scandinavia all have established the highways. Germany touts the most comprehensive hydrogen highway system – the result of a concerted effort of both government and industry groups.

The United States is also making efforts to formulate a hydrogen highway, but has struggled to do so amidst legislative opposition and a dependence on fossil-fuel. There are conflicting reports as to how many hydrogen fueling stations exist in the U.S., but they number between 60 and 70. As of January 2011, California accounts for 30 of those fueling stations, most of which operate in the Los Angeles area.

If infrastructure truly is the biggest challenge to hydrogen fuel, then hydrogen highways are the solution. Without the ability to effectively fuel vehicles, they will be nothing more than novelty. Many nations are taking growing energy demands seriously and are turning to hydrogen to ensure the transition into the future is a smooth one. Without hydrogen highways, however, there may be no transition at all.