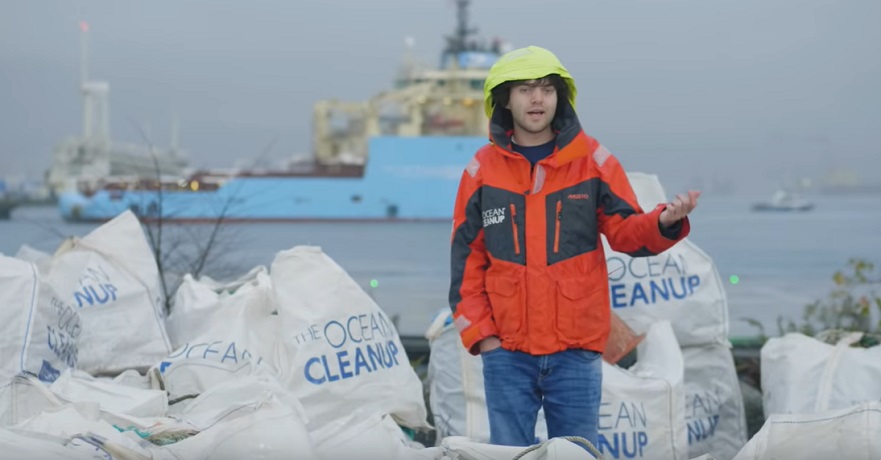 The Great Pacific Garbage Patch now has a little less plastic trash thanks to an eco-friendly cleanup project.

The Ocean Cleanup is celebrating a big win. For the first time, the non-profit organization successfully brought to shore multiple large bags that were filled with plastic trash it pulled from the infamous Great Pacific Garbage Patch.

The Netherlands non-profit organization displayed a collection of 60 bags filled with trash.

The bags were brought to shore in Vancouver, Canada, where The Ocean Cleanup CEO and founder Boyan Slat explained that the collection of waste from the ocean represents the results of the project’s first mission and major collection effort.

The massive floating trash-collecting system was launched twice. The first prototype broke apart after four months at sea and was removed. The second prototype proved to be successful and began catching trash from the sea back in October, Hydrogen Fuel News reported.

According to Slat, the goal of the first mission was to confirm that their concept would work, which involves passive plastic collection via the natural forces of the ocean. The trash the team collected with their second prototype included everything from ghost nets to tiny microplastics.

The plastic trash collected by The Ocean Cleanup project will be made into sustainable products.

To help gain the funding needed to scale-up operations and continue the cleanup efforts, Slat announced that the plastic that has been collected will be recycled into sustainable products and sold.

The organization is also having the DNV GL verify the plastic removed from the ocean to verify that it has been sourced from the ocean. While it is not necessary for the team to have their plastic verified as “ocean plastic” by an independent, third party, DNV GL has been working on developing a standard that allows the highest level of traceability possible and clarifies how this plastic is defined. This is important because creating this standard will help to bring transparency to a fast-growing market that includes items that might not be fully sourced from the ocean.

The first of these plastic products is expected to be launched in September 2020. That being said, product details, pricing and quantity have not yet been revealed.

Slat’s ambitious goal is to clean up 50% of the Great Pacific Garbage Patch within five years.

However, this would require the deployment of a fleet of trash-collecting devices and major funding. For now, at least, a second generation of The Ocean Cleanup system is currently under development.