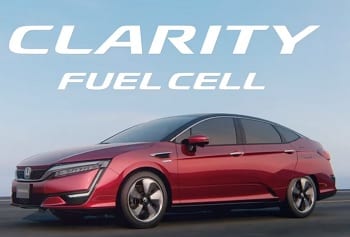 Among the numerous industries making use of hydrogen fuel cells, none are doing so more prolifically than the auto industry.

Automakers happen to be the loudest voice in support of hydrogen as well. Many prestigious manufacturers, including Honda, Toyota, and Mercedes, are urging the world’s governments to get involved with the alternative fuel. The U.S. government, in particular, is weary of putting their support behind fuel cells because of how expensive they are to produce, but automakers are saying that, by 2015, fuel cells will be affordable for just about everyone.

Secretary of Energy Stephen Chu recently said that nothing short of four technologic miracles would make fuel cell cars viable in the marketplace. Honda balked at the statement. Steve Ellis, manager of alternative fuel systems at Honda, said that Chu is “simply wrong.”

“Automakers are not foolish,” notes Ellis. “We’re not going to invest in a technology that we see as a dead end.”

Honda has funneled tens of millions into the research and development of their new FCX Clarity car.

The vehicles are currently being tested in Southern California as a six-month engineering exercise to show the viability of fuel cell efficiency. California is home to the nation’s most extensive system of hydrogen refueling stations, which makes it prime ground for testing.

James Warner, director of policy at the Fuel Cell and Hydrogen Energy Association, says that manufacturers Honda, GM, Toyota, Daimler and Hyundai are all ready to commercialize hydrogen powered vehicles. While the initial cost may be high, Warner insists that the price will drop rapidly once the vehicles fully saturate the market.

The federal government recent cut the budget for research and development of hydrogen fuel technologies by nearly half, which has prolonged efforts to establish an infrastructure capable of supporting hydrogen fueled cars. Without adequate infrastructure, these vehicles may never make it to the roads of America.