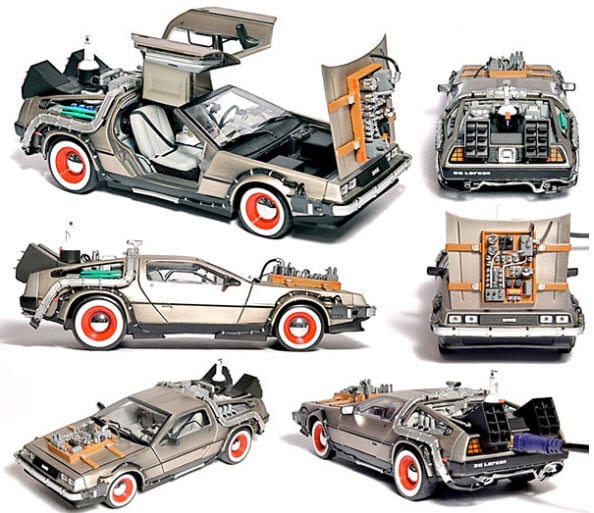 A small group of student scientists from the School of Industrial and Aeronautic Engineering of Terrassa in Italy have created a new type of fuel cell that generates hydrogen from aluminum waste.

The group draws its inspiration straight from the annals of science-fiction, basing their design on the DeLorean featured in the film Back to the Future.

The model car was made by Alex Llovet, a student at the school, and Xavier Saluena, a professor at Barcelona Tech. Dubbed the dAIH2Orean, the vehicle is the size of a remote control toy. The miniature fuel cell attached to the car uses aluminum tabs from old cans of soda and water, using sodium hydroxide as a catalyst. As chemical reactions take place in the fuel cell, hydrogen is produced, which is then converted into electricity to power the car.

This is one of the few times that a fuel cell system has managed to self-generate hydrogen.

Moreover, the fuel cell design is being lauded for its impressively clean operations. The system uses vinegar as a filter to remove dangerous hydroxides produced during chemical reactions. In its wake, the car leaves a small trail of salt water, which is the chemically identical to the water used to season a popular brand of chips in Italy.

Despite the small size of the model, the project cost just over $1,000, further displaying the expensive nature of fuel cells.