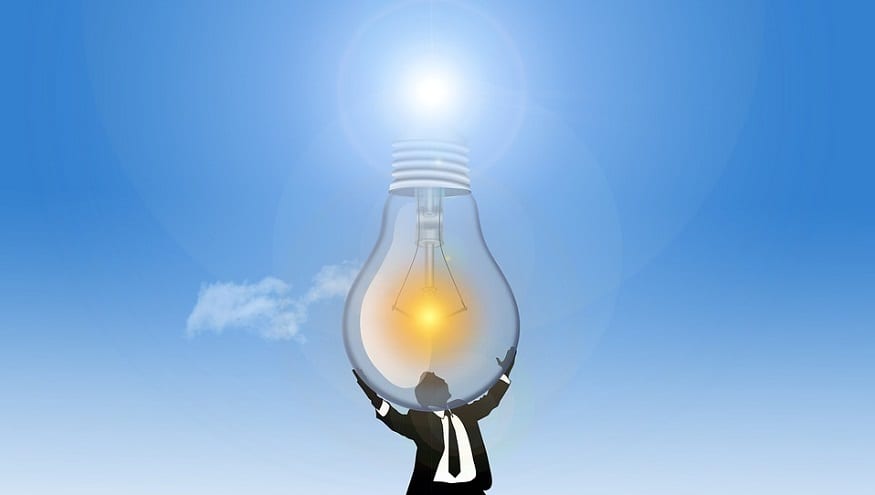 Hydrogen can be produced directly from humid air instead of water.

An innovative hydrogen production method using the sun and humid air is being explored by the Dutch Institute for Fundamental Energy Research (DIFFER) in partnership with Toyota Motor Europe (TME). Together, they hope to develop a device that absorbs water vapor and uses direct solar energy to split it into hydrogen and oxygen.

The team demonstrated that their envisioned principle is feasible.

DIFFER and TME demonstrated over the last year in a joint feasibility study that this hydrogen production method works. In their study, the researchers developed a unique solid-state photoelectrochemical cell that was capable of first capturing water form ambient air and then generating hydrogen once it was illuminated by sunlight.

Their first prototype achieved 70% of the performance that is attained when an equivalent device is filled with water.

The system is made up of polymeric electrolyte membranes, porous photoelectrodes and water-absorbing materials. All these components are combined in a specially designed membrane-integrated device.

In the next step of the hydrogen production research, the partners want to “significantly improve” their prototype.

“In our first prototype, we used photoelectrodes that are known to be very stable. But the material used only absorbs UV light, which makes up less than five percent of all of the sunlight that reaches Earth,” says Mihalis Tsampas, a part of DIFFER’s Catalytic and Electrochemical Process for Energy Applications Group, reports Green Car Congress.

“The next step therefore is to apply state of the art materials and optimize the system architecture to increase both the water intake and the amount of sunlight that is being absorbed,” Tsampas adds.

Once the researchers overcome this hurdle, they will be the be able to focus on upscaling the technology to make it more economically viable.

According to Tsampas, this hydrogen production method that works with gas instead of liquid has several advantages. For instance, by using water during the gas phase instead of the liquid phase, costly installations to

purify the water is not needed. Furthermore, as this production method relies on only the water that is present in surrounding air, the technology is also able to be applied in remote places where water is not available.