Japanese automaker Toyota will be officially releasing its new hydrogen fuel cell vehicle in Japan next week. The company has been aggressively promoting its new vehicle, suggesting that fuel cells could play a very prominent role in the future of clean transportation. Fuel cells produce electrical power through the consumption of hydrogen, with water vapor being the only byproduct of doing so. As such, these energy systems have become popular alternatives to conventional engines in the auto industry.

Toyota was expected to launch its new fuel cell vehicle at some point next year, but the company believes that the Japanese market is ready for the commercialization of these vehicles now. The Japanese government has been investing heavily in the establishment of a working hydrogen fuel infrastructure, which is needed to support the adoption of fuel cell vehicles. The government is also offering financial incentives that may help make fuel cell vehicles more popular among consumers. 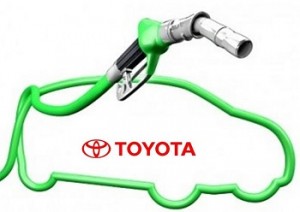 Toyota plans to sell its new fuel cell vehicle for approximately $60,000. The overall cost will be reduced with the help of government initiatives that will provide consumers with financial kickbacks for their purchase of vehicles equipped with fuel cells. With these financial incentives factored in, Toyota’s new fuel cell vehicle is expected to cost approximately $21,000 to $27,000, which puts it on par with other clean vehicles that are powered by batteries.