Toyota will be the next automaker to launch its production fuel cell vehicle in January 2015. The new vehicle, called Mirai, has been in development for several years and is equipped with Toyota’s proprietary hydrogen fuel cell technology. Toyota has been aggressively promoting the benefits that fuel cells have over traditional batteries, claiming that these energy systems could be the future of clean transportation. Several other automakers share this belief and plan to release their own in the next few years.

For years, Honda was the only automaker that offered a vehicle powered by hydrogen fuel. The FCX Clarity is only available for lease in Southern California, but has helped draw attention to the capabilities of fuel cells in transportation. South Korean automaker Hyundai was the next to bring a fuel cell vehicle to the market. The company’s fuel cell vehicle has made waves in the European transportation space, highlighting the efficiency and high performance of fuel cell technology. 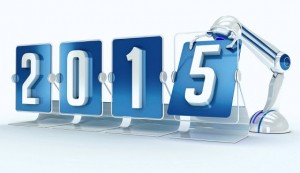 Toyota’s Mirai takes fuel efficiency to a new level. The vehicle is able to travel for more than 300 miles on a single tank of hydrogen fuel. The Mirai can also be fuel in five minutes or less, which is a significant convenience improvement over battery electrics, which can take 30 minutes to several hours to charge. The Mirai will be available in California, and elsewhere, for approximately $60,000. The cost of the vehicle can be offset by subsidies offered by the state and federal government.

When the Mirai launches, there will be a very limited number of hydrogen fuel stations available to support it. Infrastructure is currently the most significant hurdle barring the success of fuel cell vehicles. In order to support the success of the Mirai, Toyota has announced plans to build new hydrogen stations in New York, New Jersey, Massachusetts, Connecticut, and Rhode Island.