Toyota has released specifications for the new Mirai

Performance specifications for the Toyota Mirai have been released, which may help consumers form an opinion on the forthcoming fuel cell vehicle. Toyota has been promoting the Mirai quite heavily, suggesting that the vehicle would be more efficient than other electric vehicles. The automaker had not released specifications for the vehicle, apart from estimates during its concept phase, until very recently. According to the specifications, the Mirai may be quite similar to other fuel cell vehicles, in terms of performance.

The Mirai will be able to accelerate from 0 to 60 miles per-hour in under nine seconds, and from 30 to 50 miles per-hour in just 3.6 seconds. The  that the Mirai uses is capable of generating 114 kilowatts of electrical power. This will be used to provide energy to the vehicle’s powertrain, as well as its various electronic components. According to Toyota’s specifications, the Mirai will be able to travel up to 300 miles on a single tank of hydrogen fuel. The automaker also claims that the vehicle can be fueled in under three minutes.

Mirai may be more capable than conventional electric vehicles 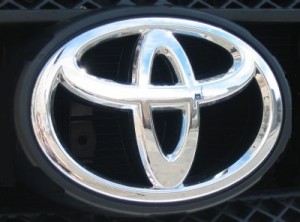 The specifications fall in line with those provided by other automakers planning to release fuel cell vehicles. The Mirai is likely to perform better than traditional electric vehicles because of its hydrogen fuel cell. Battery electrics tend to have an operational range of 100 to 200 miles before needing to be recharged. Electric vehicles also require hours of charging time before their batteries are filled, which is a problem that fuel cell vehicles do not share.

Toyota plans to launch the Mirai at some point in 2015. The vehicle will have modest competition coming from Honda and Hyundai, but is likely to have enough room in the market to find success. The lack of a working hydrogen fuel infrastructure in many of Toyota’s favored markets could slow the adoption of the Mirai among consumers, however.