Underground storage could be a boon for solar energy

A new study from researchers at Stanford University and the University of California, Berkley, suggests that solar energy, as well as other forms of renewable power, may be very reliable for supplying the country’s energy grid with electricity. The study highlights the use of inexpensive energy storage solutions, namely those that can be built below ground. Such solutions would be particularly beneficial for solar energy, as they can ensure electrical power remains available even when the sun is not shining.

Underground storage could ensure that clean power is more accessible

Researchers have proposed a system that can be established underground, designed to store and retrieve heat, cold, and electrical power in order to meet energy consumption needs. The study shows that summer heat gathered by solar panels built on rooftops can be stored underground, within the soil and rocks. This heat can then be reclaimed, being used to warm homes during the colder months of the year. Moreover, the electrical power generated by the rooftop solar panels can also be stored underground, with any excess energy being used to produce ice, which can be used for cooling purposes when electricity costs are particularly high. 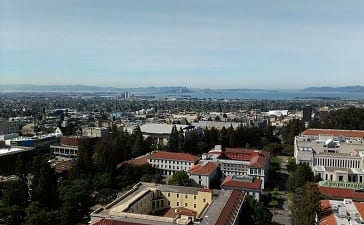 Researchers believe that the United States can become an all-electric country, where virtually everything in the country is powered by electrical energy. This could be a major benefit for the U.S., as this would allow the country to move away from fossil-fuels, become more environmentally friendly, and reduce energy expenditures. With advances being made in energy storage technology, as well as clean technology in general, such a future may be within grasp for the country.

Embracing clean power will proves to be an expensive endeavor

While the U.S. may be able to satisfy its energy needs through the use of clean power, embracing renewable energy is not an easy endeavor. While the cost of clean power has been falling in recent years, many forms of clean power remain quite expensive. Moreover, reforming the country’s energy structure has proven to be a costly and complicated process.