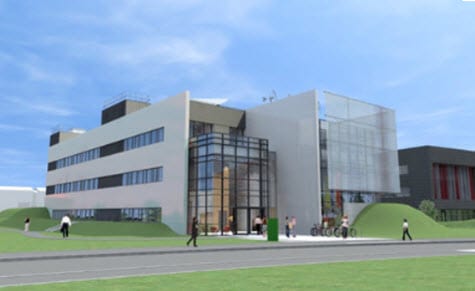 University of Nottingham to open the Energy Technologies Building

The University of Nottingham in the United Kingdom is expected to open the Energy Technologies Building as part of its Innovation Park this past week. The new, $11 million facility will serve as a research and development center for hydrogen fuel and its associated technologies. The facility will be equipped with its own hydrogen fuel station, which will provide fuel for London’s famous hydrogen-powered black cabs as well as other public transit vehicles that are powered by fuel cells.

The research and development of hydrogen-based energy systems has become a primary focus for the University of Nottingham, according to Gavin Walker, a professor specializing in clean technology with the university. The projects that will be conducted at the new Energy Technologies Building are expected to bear new advances to hydrogen fuel cells and make them more attractive financially as well as boost their efficiency. The hydrogen fuel station located at the facility will also help boost the UK’s burgeoning hydrogen fuel infrastructure.

The hydrogen fuel station at the University of Nottingham will also be equipped with charging stations for lithium-ion battery vehicles. These vehicles are becoming rampantly popular in the UK and around the world, but also suffer from lack of sufficient infrastructure. The vehicles serviced by the new fuel station, hydrogen-powered or otherwise, will provide valuable data for researchers as they continue to examine ways to improve clean transportation in the UK.

The Energy Technologies Building at the University of Nottingham will be a hub for various forms of clean energy and their associated technologies. The facility will boast of a demonstration solar array that is affixed to the roof and will have its own climate chamber that will allow for the testing of various energy systems in different environments. The facility is scheduled to be officially opened on Wednesday, October 17, 2012.