Researchers in the United Kingdom have successfully sent a signal to a PC via a unique pair of socks embedded with miniaturized microbial fuel cells (MFCs) that are fuelled with urine pumped by the wearer’s footsteps. According to a press release from the University of the West of England, the scientists’ success marked the first self-sufficient system fueled by a wearable energy generator based on MFC technology.

MFC technology can use any form of organic waste and convert it into clean energy.

Microbial fuel cells utilize bacteria to produce electricity from waste fluids. Having the ability to tap into the biochemical energy used for microbial growth, MFCs can directly turn it into electricity. MFCs are a valuable green technology because they don’t on fossil fuels and can use any form of organic waste and transform it into useful clean energy. 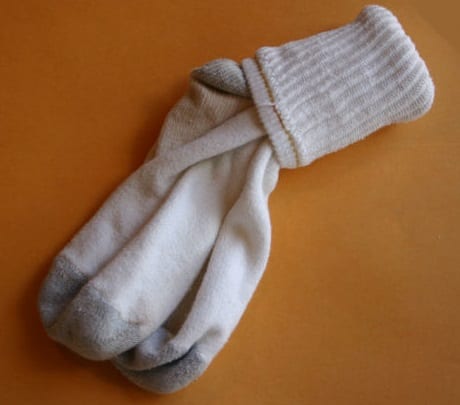 What makes this particular wearable technology so innovative is that unlike MFC device designs that require mains power, the pump in the heel of the socks fully depends on human activity to circulate the urine over MFCs. The soft tubes placed under the heels in the socks make sure that the liquid waste is pumped when the wearer walks, which generates energy as the urine passes over the microbial fuel cells. During testing, the footwear was able to send a message every two minutes to a PC-controlled receiver module.

Professor Ioannis Ieropoulos of the Bristol BioEnergy Centre at the University of the West of England, and the leader of the lab-based experiment, said that “Having already powered a mobile phone with MFCs using urine as fuel, we wanted to see if we could replicate this success in wearable technology.” He added that the researchers also “wanted the system to be entirely self-sufficient, running only on human power – using urine as fuel and the action of the foot as the pump.”

The scientific paper, “Self-sufficient Wireless Transmitter Powered by Foot-Pumped Urine Operating Wearable MFC” has been published in Bioinspiration and Biomimetics.