Waste to energy project plans in the UK progress

A second Multifuel energy from waste plant will be developed at the Ferrybridge Power Station.

The waste to energy (W2E) facility will be known as FM2 (Ferrybridge Multifuel 2) and Multifuel Energy (MEL) – an equal joint venture between Wheelabrator Technologies, a W2E company based in the United States, and SSE a UK utility – is developing the project, which will be the second of its kind at the Ferrybridge Power Station site.

It is estimated that the FM2 will be capable of producing about 70 MW of energy once operational.

According to MEL, the new waste-to-energy plant would have the ability to process as much as 570,000 tons of fuels derived from waste, annually. It would also generate about 70 megawatts (MW) of net electricity for the national grid. It is anticipated that the fuel will come from a mixture of industrial, commercial and solid waste, as well as waste wood. The waste will come from national, regional and local sources. The fuel would be delivered to the planned facility by road and by rail.

The Environmental Statement for the plans said that the size of the Site area is an estimated 32 hectares and it is situated almost completely within the boundary of the Ferrybridge Power Station site.

The waste to energy project is now in the examination stage. 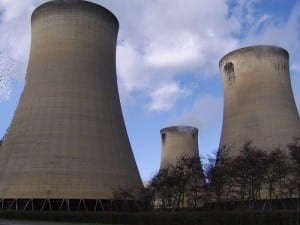 Currently, the Development Consent Order (DCO) planning application to build FM2, which was officially accepted by the UK’s Planning Inspectorate (PINS), is now in the examination phase. This gives people the chance to participate and present their views on proposals in public meetings.

Permission to develop the waste to energy plant, if it is granted by the Secretary of State, is anticipated sometime next year. Multifuel Energy has said that if they are given the green light to go ahead with the project, it could be built and fully commercially operational by 2018.