Hydrogen and wind energy may soon become close allies. In Europe, wind power is expanding aggressively, with Spain and Germany holding top positions in terms of total installed capacity. As wind power continues to grow, it may become a power source for hydrogen fuel production. Current production methods are heavily reliant on fossil-fuels, making hydrogen less environmentally friendly than it is meant to be. Using renewable energy to produce hydrogen can alleviate this problem, making hydrogen more attractive.

Hydrogen could serve as a form of storage for clean power

While wind power has become very attractive to many countries, the ability of wind farms to produce electrical power often fluctuates. When wind currents are weak, these energy systems produce relatively little power. Wind farms must also be shut down during powerful storms, as they have the potential to overload and energy grid with electricity. Moreover, there is no adequate way to store renewable energy, which makes it less attractive when compared to traditional forms of power. Hydrogen could serve as an effective form of chemical storage for clean power, which would solve the storage problem.

Fuel cells can use hydrogen to generate electricity 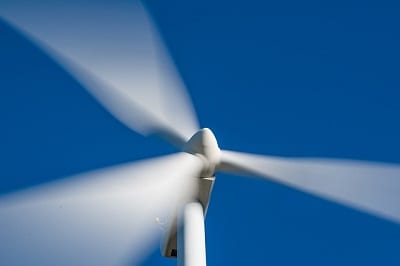 Hydrogen fuel production can be accomplished through the use of clean power. This hydrogen can then be stored with relative ease. Using fuel cells, the hydrogen can be consumed to generate electrical powerful in an efficient manner. Hydrogen can be used to generate energy without producing any harmful emissions, which is ideal, especially in terms of transportation. By making the production process more environmentally friendly, hydrogen may become a more competitive form of power when compared to other forms of clean energy.

Renewable hydrogen fuel production may benefit the transportation space the most. Several major automakers are working to develop vehicles equipped with fuel cells and these companies are also investing in the development of a hydrogen infrastructure. Using renewable energy to generate hydrogen could make it easier for such an infrastructure to take form in the coming years.