Automaker Daimler has revealed plans to transition toward clean transportation in the coming years. The company is growing more interested in clean vehicles. This is partly due to the economic promise that these vehicles represent. The German automaker intends to invest heavily in the development of new technology to power a series of vehicles that will produce no or very few emissions. Many of these vehicles are expected to be equipped with efficient battery systems.

Company to invest $8 billion in clean technology for new vehicles

Over the next two years, Daimler will be investing approximately $8 billion in the adoption of clean technology. This technology will be used to power its new vehicles, which will be released in the coming years. The automaker plans to release four new electric vehicles  through its Mercedes-Benz brand. Other vehicles will be released through Daimler itself or its other brands in the near future. Some of the company’s new vehicles will be plug-in hybrids, while others may be equipped with hydrogen fuel cells.

Fuel cells may receive some support from Daimler 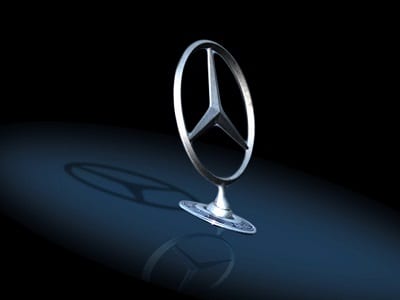 Fuel cells have received modest interest from Daimler recently. The automaker believes that these energy systems could hold promise, but they are still untested in the transportation markets. Automakers developing fuel cell vehicles suggest that these vehicles are highly efficient. Daimler, however, believes that batteries may be better suited for clean transportation, but these energy systems have proven to be somewhat inconvenient for consumers, as electric vehicles take several hours to charge and have limited range.

Daimler intends to expand its offering of clean vehicles in order to become more environmentally friendly. Like other companies, Daimler is beginning to feel pressure to mitigate emissions in prominent markets. Several countries are showing concern for the effects of climate change. In order to combat this phenomenon, these countries are targeting the transportation space with new emissions regulations. This is pressuring automakers to develop clean vehicles in order to accommodate new regulations and meet consumer demand.