Wind energy could end up playing a very major role throughout the world in the coming years. The Global Wind Energy Council has released a new report highlighting the potential future of this form of renewable power. According to the report, wind power could supply as much as 20% of the world’s electricity by 2030. Growth in the wind power sector will, of course, be powered by investments and government policies that support the clean energy sector as a whole.

Wind power could have a major economic impact

By 2030, global wind capacity could reach 2,110 gigawatts, according to the report. The wind sector could also create as much as 2.4 million jobs and recue carbon emissions by more than 3.3 billion tons each year by 2030. Annual investments in the wind energy market are also expected to reach some $200 billion by that year. Governments supporting the wind energy market have proven vital in supporting the growth of this sector. 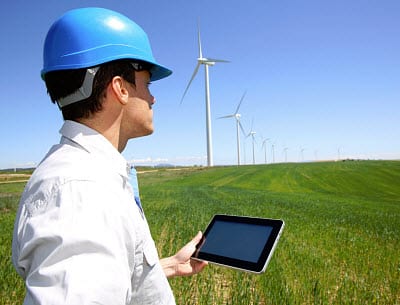 The Global Wind Energy Council notes that the Paris Agreement is expected to come into force in the near future. If the countries involved in the Paris Agreement can maintain their commitment to the accord, the wind power sector is likely to see significant growth. The Paris Agreement calls upon countries to make significant reductions to the emissions they produce by 2050 and increase their use of renewable energy by a major margin. Wind will likely play a large role in this endeavor, as it is one f the fastest growing sectors of the renewable energy sector.

Beyond the political realm, several large companies have begun investing heavily in the wind energy market as well as other forms of clean power. Google, for instance, has become one of the largest investors in renewable energy as a whole, but has shown particular interest in wind power. Along with other companies, Google has helped secure the growth of the wind energy market for years to come.