The Fukushima nuclear plant disaster encouraged the country to make some ambitious plans.

Five years have passed since the renewable energy project goals were set in Japan. Alternative energy sources became a priority following the Fukushima Daiichi nuclear plant disaster. An earthquake and subsequent tsunami shook the country’s confidence in the safety of nuclear power.

However, it appears as though the urgency Japan had felt to implement green energy is losing steam.

Among the challenges that come with a renewable energy project is the exchange of costly implementation over cheap fossil fuel imports. Moreover, concerns have been voiced regarding the safety of alternative energy sources and their true environmental impacts. In 2011, for example, Japan intended to build a geothermal plant in the same district as the Fukushima Daiichi nuclear meltdown. However, the community there stood in powerful opposition to this green energy initiative.

The community opposed the renewable energy project out of a lack of faith in the promises that it was safe. 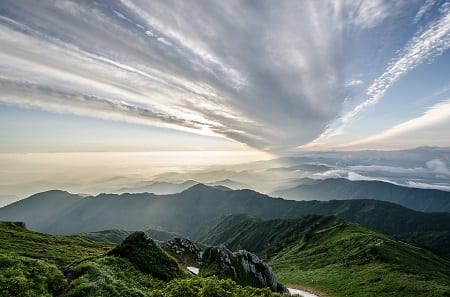 That community had already been told that nuclear power was safe and was then forced to suffer the consequences of a meltdown. Therefore, they required stronger proof that geothermal power is safe before they would give their approval for exploratory drilling.

North of Tokyo by 130 miles, also in Fukushima, a new green energy plan is getting ready to start. Following extensive research to reassure the community in that prefecture, exploratory digs will start this fall. The intention is to determine the potential for a Mount Bandai geothermal plant. Still, it will be another decade before a fully operational plant will open on that location, even if the drilling results are successful.

This type of renewable energy project took off wildly following the Fukushima disaster. Nuclear had been providing the country with about 30 percent of its power. Japan’s natural resources are limited, making nuclear an appealing and affordable source of power.

Since the disaster, almost all the nuclear power plants in the country were shut down and provide only 1 percent of its total energy. Imported coal and natural gas have been filling the gap and make up about 75 percent of the energy produced by the country. The affordability of those resources may be taking the sense of urgency away from Japan’s need for green energy opportunities.