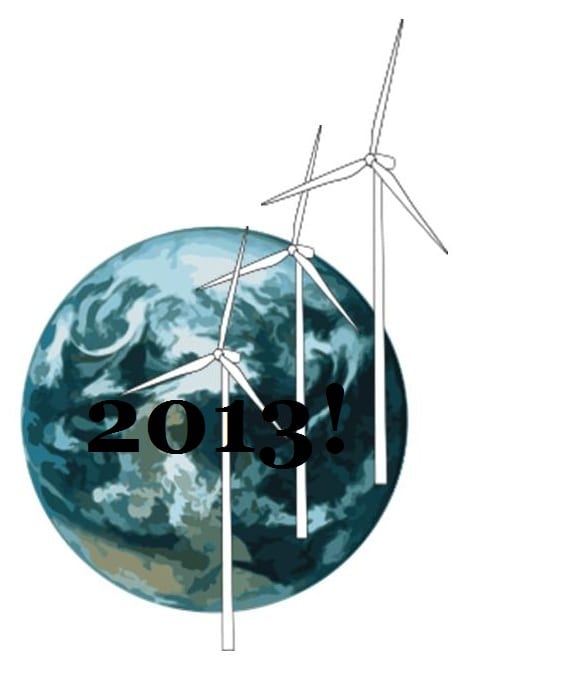 In 2012, the world reached a major milestone in wind energy by installing more than 280,000 megawatts of capacity. Much of this capacity came from installations in the U.S., Europe, and China, where wind energy is quickly becoming an ideal source of renewable power. Today, wind farms can be found in more than 80 countries, and 24 of these countries have wind energy systems that boast of at least 1 gigawatt capacity. Collectively, these wind farms are capable of producing enough energy to power more than 450 million average homes. This year, wind energy is expected to hit a new high.

According to recent reports from the Earth Policy Institute, wind energy is on track to reaching 300,000 megawatts of capacity by the end of 2013. The organization anticipates that global wind energy capacity will exceed 425,000 megawatts by 2015. Recent reports from the organization show that wind energy installations are slowing down, but that this will have little impact on the expansion of wind power in the future. Several countries, such as China, have been slowing installation due to a diversified focus on renewable energy, but have not cut support for wind energy entirely.

Reports indicate that Denmark is the most ambitious country when it comes to the use of wind energy. The country recently announced that it plans to receive 50% of its energy through wind power by 2020. Denmark is not alone in this ambitious, of course, as many developing countries are beginning to become more interested in the prospects of renewable energy. Many of these countries are focusing specifically on wind energy as a way to break away from foreign sources of power and establish economic stability and self-reliance.

Wind energy is likely to perform well in 2013, as long as support remains high. Offshore wind energy, in particular, is expected to see significant support this year as more countries work to take advantage of the strong wind currents that can be found at sea. Both the U.S. and China have high hopes for offshore wind power, encouraged by the results such systems have shown in the United Kingdom, Germany, and Denmark.