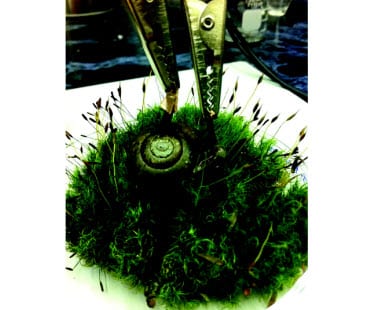 Scientists from the Clarkson University in New York have created the world’s first electrified snail.

The snail’s shell is equipped with a small biofuel cell that produces electricity. The snail is the latest addition in living organisms sporting their own energy systems. The science community has been interested in how energy systems can be integrated into living organisms for some time. Last year, a cockroach fitted with its own hydrogen fuel cell made its debut and was to be used as a new kind of spy device.

Researchers implanted a biofuel cell in the snails shell successfully without hampering the snail’s capabilities to live.

The cell converts the natural sugar in the snail’s body into electricity, which is stored within the energy system. The electricity can be used to power a variety of small electronics, including cameras and audio recording equipment. The cell can produce electricity for extended periods of time without harming the snail, but the energy it produces is not a large amount. Researchers believe that the quantities of energy generated by this system will differ depending on the size and type of organism it is implanted in.

The biofuel cell is comprised of micro-electrodes and carbon nanotubes.

These tubes are coated in conductive material and enzymes that facilitate chemical reactions. These reactions convert sugar into electricity by separating electrons from glucose. Researchers report that the snail lived for several months with no problems after being implanted with the cell. During this time, researchers fed and cared for the snail while they documented its energy production.

Such energy systems could have serious implications for the world of medicine, where they could be used to power prosthetics or be used in certain treatment methods. For small organisms like snails and cockroaches, however, the systems could be used for more clandestine purposes, a prospect that has also been generating a great deal of interest.

Research on the electrified snail has been published in the Journal of the American Chemical Society.