Xcel to double its alternative energy efforts in Minnesota

The company has more wind energy compared to any other American utility.

Xcel Energy, the U.S. electricity and natural gas utility, wants to increase the amount of electricity it receives from alternative energy sources in the Upper Midwest, specifically solar and wind energy, by more than two times the current amount.

In Minnesota, alone, the utility serves 1.2 energy customers. Xcel believes that by 2030 it can lower its greenhouse gas emission by 40%, if it expands its renewable energy efforts over the next 15 years. However, this could also mean that consumers will pay higher utility bills.

According to Chris Clark, the new president of Xcel’s Minnesota regional division, the cost of wind and solar farms is decreasing, which makes these forms of renewable energy more competitive with natural gas-based power generation. Presently, wind constitutes 15% of the utility’s Upper Midwest power and this would grow to 25% by 2030, while solar, which makes up less than 1%, would climb to 8%.

In an interview, Clark said that “Renewable pricing is competitive throughout the 15-year period.” He added that “We have seen this with wind, where over time the wind prices have come down and wind has competed effectively with gas. Our projections are that we are going to see utility-scale solar certainly competing with gas in the 15-year period.” 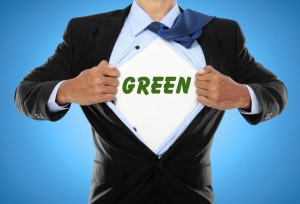 Xcel still has two coal power plants in Minnesota that have been around since the 1970’s. Some environmental activists have been lobbying the utility to retire them, but the company told state regulators that it does not want to shut down its two remaining coal-fired power plants in the state. Although Xcel does eventually intend to retire them, for the time being, the plan is to operate them less frequently to help lower emissions.

Furthermore, the company has no intentions of making huge investments into these plants, either. It has said that it is open to working with business organizations, environmental groups and anyone who has concerns about the company’s long-term plans.

Clark noted that customers want cleaner, alternative energy options and the company is doing its best to respond to that.