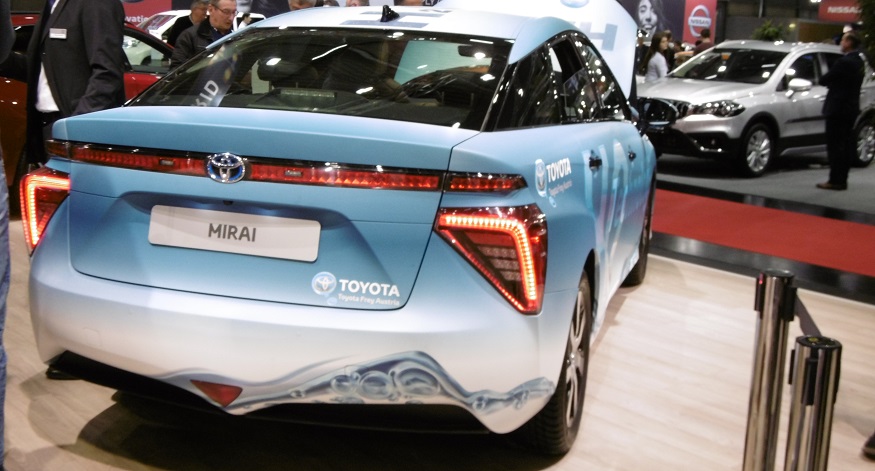 Last week, the 2021 Toyota Mirai US feature details were released as the second generation of this hydrogen fuel cell car prepares for its first deliveries in the country next month.

This latest version of the model includes some substantial changes compared to the first generation.

The 2021 Toyota Mirai’s changes compared to the first model of the hydrogen fuel cell car include not only the overall appearance, but also the vehicle’s entire layout, based on the real-wheel-drive sport-sedan design.

The original model was a jumping off point for in-cabin technology. Now, the automaker seems to be moving in that same direction with the second generation, boosting the number of active-safety and connectivity features. These are all being incorporated into a model that is expected to sell far more units than the last one.

The 2021 Toyota Mirai will also be the first time the model offers multiple trim levels (grades).

This is yet another indication that Toyota has big plans for selling more of the second-generation model than it did of the first one. The Mirai XLE, for instance, will have dual-zone climate control, heated seats, and power-folding side mirrors including puddle lamps. A limited number of models will feature the exclusive Hydro Blue color. The rest of the lineup will come in black, white, red, and Heavy Metal.

The Limited models have a power sliding sunshade in their panoramic moonroofs, either white or black perforated and accent stitched faux-leather seats, and a rear window sunshade. This edition will also be the only one that has the larger 20-inch wheels. Other models will have 19-inch wheels.

All models of the Mirai will roll out with a 12.3-inch touchscreen system for information and entertainment feature controls. This system will offer Android Auto, Amazon Alexa, and Apple CarPlay compatibility. The vehicles will also all have a wireless charging tray for devices. At this point, there has yet to be any indication that the vehicles will also feature Apple CarPlay wireless connectivity.

Om addition to a new full suite of safety features, the 2021 Toyota Mirai’s hydrogen fuel cell stack and electric propulsion system have undergone considerable upgrades over the first-generation model. For instance, the decision to make this a rear-wheel-drive vehicle has cleared additional space for H2 storage. Moreover, the fuel cell stack is more efficient than

that of the last generation. According to the automaker, drivers can expect a range boost of about 30 percent from the first model’s 312 miles to the second generation’s over 400 miles.