When it comes to reducing emissions, hydrogen cars are one of the best options out there. Not only are they environmentally friendly, but they’re also affordable and practical. However, before making the switch to a hydrogen car, there are some things you should know.

What Are Hydrogen Cars?

How Do Hydrogen Cars Work?

Does a Hydrogen Car Need Batteries?
➡️PLAY THIS HYDROGEN NEWS ARTICLE IN: ENGLISH, FRENCH & GERMAN
A fuel cell is an electrochemical device that combines hydrogen and oxygen to produce electricity, water, and heat. The heart of a fuel cell is the anode and cathode, separated by an electrolyte. Hydrogen gas enters the anode side of the fuel cell and reacts with a catalyst to create electrons. The electrons flow through an external circuit to the cathode side of the fuel cell, where they react with oxygen and the catalyst to form water. The reactions produce electricity, which powers the car’s electric motor.

And remember. Even hydrogen-powered cars require car insurance. Make sure to look at a range of deals when you shop for car insurance quotes.

Most carmakers are racing to electrify their lineups, and hydrogen cars have been largely left behind.

That’s not to say that there aren’t any hydrogen cars on the market—there are—but they’re few and far between. The Toyota Mirai is probably the most well-known hydrogen car, but it’s only available in a handful of markets.

There will be more hydrogen vehicles being released in the next few years. Hyundai has been selling the Tucson Fuel Cell for some time, but availability is limited. The Honda Clarity Fuel Cell is another option, but it too is only available in select markets.

Here are five things to know before switching to a hydrogen car. 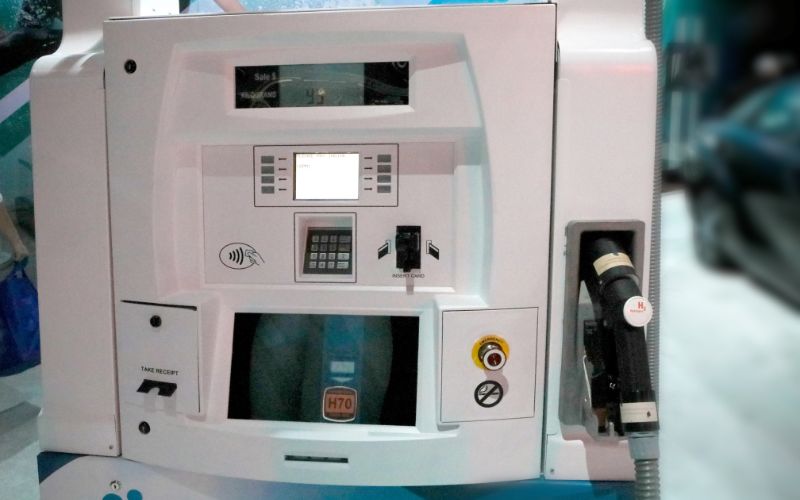 Hydrogen cars are still relatively rare, even though they offer several advantages over traditional gasoline-powered vehicles. Hydrogen cars emit no pollutants and have the potential to be more efficient than gasoline cars. However, hydrogen cars are costly to build, and there is a lack of infrastructure to support them. As a result, only a small number of hydrogen cars have been sold so far.

As we all know, hydrogen cars are very expensive. But why? Hydrogen cars require unique infrastructure, such as hydrogen refueling stations. This infrastructure is still in its early stages of development, making it quite costly. In addition, hydrogen cars usually have larger and more complex fuel cells than electric cars, which also contributes to their higher price tag but there are lots of manufacturer incentives available.

3. You Need to Live in the Right Place

Is there a hydrogen fueling station nearby? This is probably the most critical factor, as you’ll need to be able to refuel your car regularly. If there isn’t a station nearby, you may have to drive out of your way every time you need to fill up, which can be frustrating.

Are there any restrictions on where you can park your car? In some cities, hydrogen-powered vehicles can only park in certain designated areas. This may not be a deal-breaker, but it’s something to keep in mind.

4. They’re Not as Clean as You Think

Hydrogen cars are not as clean as you think. While a hydrogen car may emit less pollution directly from its tailpipe, the pollution created by the power plant that produces the hydrogen fueling the car cancels out any advantage. It takes a lot of energy to compress hydrogen gas into a liquid form so it can be transported and used in fuel cells. This is why promotion of green hydrogen (clean way of producing H2) is so important for the future plan.

Hydrogen is the most abundant element in the universe. It can be produced from various sources, including renewable sources like solar and wind power. The potential for hydrogen as a fuel source is vast.

Several challenges need to be addressed before hydrogen cars can become a reality. Still, technology is advancing rapidly, and there is reason to believe that hydrogen cars could play a significant role in the future of transportation.

SoCalGas launches green hydrogen storage pilot project in the US