In order for climate change goals to be met, the world may have to heavily invest in renewable energy every year through 2030. The International Renewable Energy Agency has released a new report that highlights the financial challenges of fighting climate change. The report focuses on the money that would be needed to keep global temperatures from rising by an average of 2 degrees Celsius and shows that such a task could be a costly endeavor for the world.

According to the report, at least $550 billion must be invested in renewable energy every year from now through 2030 in order for the world to reach its climate change goals. As of 2011, approximately $270 billion was invested in the clean energy sector, representing the most money that has ever been funneled into renewable energy. Over the past two years, clean energy investments have fallen considerably. 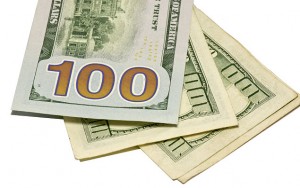 The report suggests that clean energy must account for 36% of the world’s energy structure by 2030 in order to avoid significant rises in temperature. Solar and wind energy are expected to be the two forms of clean energy that receive the strongest support from governments and private parties. Other forms of clean power, such as hydrogen fuel cells, which are being used to power a new generation of transportation, are also likely to receive more support in the coming years.

Whether or not investments in clean energy will yield the environmental results that the International Renewable Energy Agency wants to see is difficult to say for certain. A recent report from the Global Carbon Project that was showcased during a United Nations summit earlier this week suggests that the world is already on course to face the worst case scenario regarding climate change, with global temperatures rising an average of 41 degrees Fahrenheit.