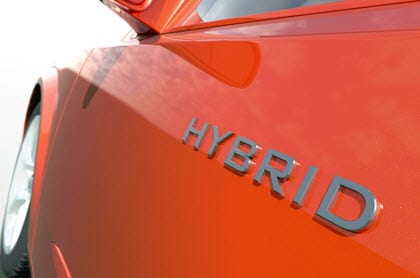 A new car has entered the hybrid world, wowing customers with its sleek design, high fuel economy and competitive price. Going after the Toyota’s family of hybrids, the 2013 Ford C-Max joined the race late but is prepared and ready for some fun.

When compared to Toyota’s Prius v, the American-made car has relevant numbers to back it up as the next best thing in the hybrid department. Boasting 188 horsepower to Prius v’s 134 horsepower, the C-Max is also more fuel efficient on the highway: it gets 47 mpg versus Prius v’s 40 mpg. And as if that wasn’t enough, the C-Max’s sticker price starts at $25,200, which is nearly $1,500 less than the Prius v.

Matt VanDyke, marketing director in the U.S. for Ford, told Jean Halliday from forbes.com that the C-Max has several advantages over the Toyota wagon model, including more room and more technology. “We are looking to position our vehicle as an alternative because there will be people who want a hybrid, but want something different,” he’s quoted as saying on the website.

The Prius v has sold about 32,000 units so far this year, according to Forbes.com, and Ford is said to have a sell target of 25,000. With high hopes for this year and the years to come, Ford dealers are prepping their staff and showrooms for the upcoming influx. Coming up just next month, Chapman Ford and other dealerships around Phoenix will tell consumers even more about the new hybrid at the annual Motor Trend Auto Show. The show, held Nov. 22 – 25, will be at the Phoenix Convention Center from 9 a.m. to 7 p.m. on Thursday and Sunday and 9 a.m. to 9 p.m. on Friday and Saturday.

The commercial ads use the mute character “Mr. Linea” from a classic Italian TV series, to drive both the C-Max and the Prius v. Using 2-D animation techniques, the ad shows the line-drawn character driving a Prius v only to become frustrated with its slow pace and inability to keep up with traffic. After kicking the car, the character hops into a C-Max and happily speeds away. C-Max and Prius v facts are interspersed throughout the commercial.

Other Ford advertising efforts include comedic online videos called “The Hybrid Games,” which are mock sporting events between the two such as “The Semi Pass,” “MPG Challenge,” and “The Freeway On-Ramp.”

With five seats, a flowing shape and a more conventional interior, the C-Max appears to have the edge over the Prius v. Ford is eager to compare the two and be counted as worthy of such comparison with the famous Prius brand. But don’t be fooled completely. While pulling out ahead of the Prius v, Ford notably chose not to compare the C-Max with the original and still-dominant Prius hatchback that American consumers are used to. To establish itself as an all-hybrid alternative brand, Ford compared the C-Max to a weaker member of the Prius brand family. Nonetheless, Ford’s C-Max adds an exciting twist to the available hybrid options.