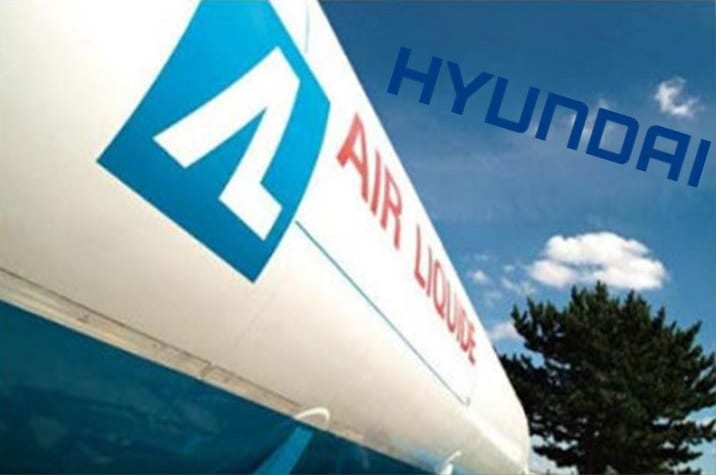 Air Liquide, a prominent producer of chemical gases, has become the first official owner of the first mass produced hydrogen-powered vehicles from Hyundai. The South Korean automaker is the first in the world to begin mass production on its fuel cell vehicles and has plans to launch these vehicles throughout the world in 2014, a full year before other automakers. Hyundai has been working tirelessly to promote the capabilities of hydrogen fuel cells and how they can be used in transportation.

The two vehicles are part of Hyundai’s ix35 line. These vehicles have been put on display throughout Europe in an attempt to show governing bodies that fuel cell vehicles are both efficient and can perform on-par with more conventional models. Hyundai has managed to win the support of several countries, including representatives from the United Nations, through its efforts. Air Liquide, however, has been the first to take aggressive action on the issue and has become the first entity in France to officially own registered Hyundai ix35 vehicles.

Air Liquide has played a major role in the field of hydrogen transportation. The company has invested heavily in the development of a working hydrogen fuel infrastructure in many parts of the world. Without this infrastructure, automakers may find it difficult for their vehicles to perform well among consumers. Air Liquide has contributed heavily to the emergence of hydrogen-based transportation and is expected to continue playing a role in the auto industry well into the future.

Hydrogen-powered vehicles have yet to hit the global market in any significant way, but they are already competing with battery electric vehicles. Some suggest that fuel cells are simply not feasible for consumer transportation due to the high cost and relatively low efficiency of fuel cell technology. Others suggest that fuel cells may become more popular than battery electrics due to their higher performance and durability.