Alset Global, a technology and engineering firm, has announced that it has joined the London Hydrogen Partnership. The initiative is meant to promote hydrogen fuel within the realm of transportation in the United Kingdom. Many companies that specialize in fuel cell technology and hydrogen fuel have joined the initiative in order to solidify the United Kingdom’s place as the premier market for hydrogen-powered vehicles. Such vehicles are already being used for public transportation in several parts of the country.

Alset has designed a hybrid fuel cell system that allows vehicles to be powered by hydrogen fuel and conventional gasoline or diesel. This system was developed to be a more cost effective alternative to typical fuel cell models and it is expected to help reduce the harmful emissions that are associated with transportation. Through the London Hydrogen Partnership, Alset will be able to demonstrate the capabilities of its technology and show that it can be an innovative solution for some of the challenges that clean transportation currently faces. 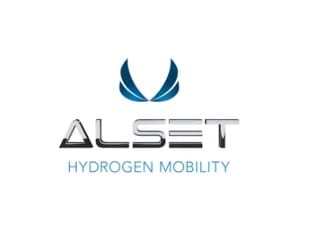 Technology already proves its worth in Germany

The firm’s technology has already seen use in the real world. In May of this year, an Aston Martin Rapide S was equipped with the hybrid fuel cell technology and participated in a 24-hour race at Germany’s famed Nurburgring. The vehicle was able to perform as well as its conventional counterparts that participated in the race, reaching a top speed of 160 miles per-hour. While the vehicle did not rely solely on hydrogen fuel, it is considered the first hydrogen-powered model to complete a single lap of the Nurburgring in an official race.

The United Kingdom has a strong interest in clean transportation. The country has been quick to adopt aggressive emissions regulations in recent years in an attempt to improve national health and mitigate the potential effects of environmental disasters. Hydrogen fuel has become the focal point of most of the country’s clean transportation aspirations and the government has devoted significant support to the development and promotion of hydrogen fuel cell technology.