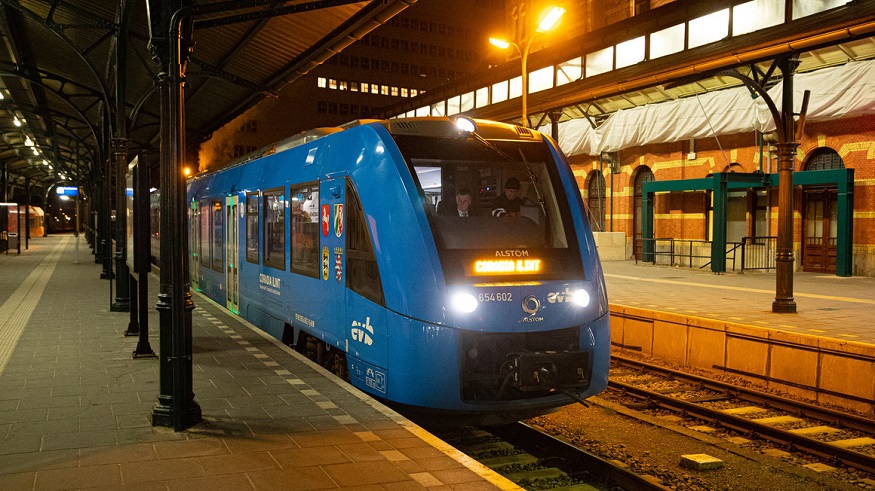 The Province of Groningen has published the passenger train’s March 2020 test results.

The Province of Groningen in the Netherlands has published a report describing the Coradia iLint hydrogen passenger train’s performance during its testing in March 2020.

The test ran across 65 kilometers of line spanning from Groningen to Leeuwarden.

The tests were meant to determine whether the hydrogen fuel cell technology of the Coradia iLint train would provide a completely sustainable alternative to the current diesel trains that travel that part of the country. Alstom’s train underwent rigorous testing by way of Arriva, the Province of Groningen’s operator.

It also underwent further testing by ProRail, the Dutch railway infrastructure manager, as well as by Engie, an energy company. Independent testing inspections were also conducted by certification company DEKRA. These tests all took place in the absence of passengers.

According to the report, the hydrogen fuel cell train successfully met all four of the test frame’s objectives. These were:

The Netherlands is now the second company in which the Coradia iLint has undergone successful testing.

The first country in which Alstom’s hydrogen fuel cell train has been successfully tested for emissions-free transportation on non-electrified lines was Germany. The tests underscore the availability and reliability of the necessary technology for replacing diesel equipment with equally performing alternatives using renewable energy for zero emissions and quiet operations.

In terms of the Coradia iLint commercial service performance, it met all required standards. Its test was successful for both the stop timetable at all stations and the express timetable. Its infrastructure compatibility, hydrogen consumption, docking, acceleration, braking, maximal speed, auxiliaries performance and all operations took place without problems. The Dutch drivers deemed

the vehicle’s behavior to be smooth, comfortable and easy to drive. The refueling using green hydrogen was faster than anticipated and was safely performed.