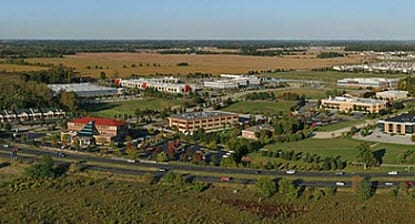 The U.S. Navy is collaborating with researchers at Purdue to help the country’s military take steps toward a greener future and they have begun working toward finding alternative energy sources for liquid fuels needed for transportation.

The alternative fuel being researched is similar to gasoline.

According to the director of Purdue’s Energy Center in Discovery Park, Maureen McCann, the biofuel the university is studying is chemically alike gasoline and aviation fuel. The main difference between the two is the source. The original source of the biofuel is from plant material, more specifically, the lignin cellulose biomass from plants. Thus, fuel can be made from organic materials like deadwood and crop residues, instead of having to obtain fuel from digging and refining oil.

McCann commented that because the Navy is committed to switching 50% of fossil fuel with biofuel for transportation fuel, “what they’re doing is providing the market pull, a sort of economic benefit to biorefineries to produce biofuels and so that’s important for this whole pipeline to get set up, and once these biorefineries are in operation, I think the whole country can benefit.”

Due to the fact that biofuel has much lower carbon dioxide emissions compared to fossil fuels, it will reduce the impact on climate change. Another benefit of alternative fuel sources like biofuel is it can be developed within the United States. This eliminates the need to rely on foreign oil sources and has the potential to transfer the country to a bioeconomy. This would mean that other products, not just fuel, currently made from oil by the petrochemical industry, could be replaced with a greener alternative.

According to associate professor of agriculture and biological engineering, Nathan Mosier, the U.S. Departments of Agriculture and Energy and a number of other federal agencies, are presently sponsoring biofuel research at the university.

Mosier commented that he is always thrilled when the work that he and his students do can be useful when it comes to addressing problems that are of notable importance for the Navy, the U.S. military and for the country. Mosier said he was extremely pleased that he was asked to serve and help the Navy achieve their alternative energy objectives for a “more productive and prosperous future.”